Battle of wits waged in Congress over 1984 Olympic coin program 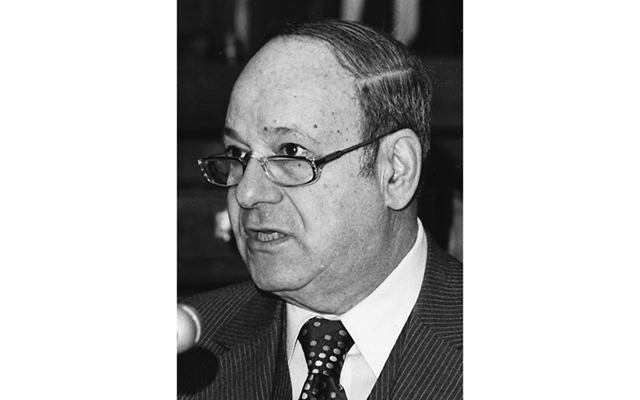 By mid-April 1982, Olympic officials and private marketers believed they had gained the upper hand in the battle over the number of commemorative coins to be produced to honor and financially support the 1984 Los Angeles Olympic Games.

They had enlisted House Banking, Finance and Urban Affairs Committee Chairman Fernand J. St. Germain, D-R.I., to introduce legislation to set the number of coins at 17, rather than 25 (approved earlier by the Senate). Having St. Germain as chief sponsor was a strong-arm tactic to force Subcommittee Chairman Frank D. Annunzio, D-Ill., to compromise from his insistence that the U.S. Treasury have control of both production and marketing and to accept the 17-coin number.

Annunzio countered by holding yet another Subcommittee on Consumer Affairs and Coinage hearing on May 11, during which Coin World Editor Margo Russell reported the result of a poll conducted by the publication.

The poll showed 95.5 percent of the collector respondents against St. Germain’s 17-coin plan and 92.6 percent favoring Annunzio’s proposal for a single silver dollar.

The collectors also weighed in on the marketing issue: 90 percent opposed the idea of private-sector marketing and 92.6 percent said they would prefer to buy Olympic coins directly from the government (U.S. Treasury Department).

Armed with the poll results, additional subcommittee testimony from hobby leaders, and more than 3,000 letters from the collector “Living Room Lobby” pledging to purchase Olympic coins, Annunzio drafted a compromise authorizing the striking of six Olympic coins — two silver dollars and one gold $10 coin, each in Proof and Uncirculated versions — and offered it as a substitute for the Senate-approved S. 1230, which would have authorized 25 designs. His compromise also put the U.S. Treasury in control of marketing.

During more than five hours of debate on the floor of the House of Representatives May 20, Annunzio vigorously defended his plan and gradually convinced both Democrats and Republicans that it would not only result in more funds to support U.S. Olympians but that it would be the best approach to take to ensure the integrity of future commemorative programs.

When the House presiding officer gaveled an end to debate and called for the vote, it wasn’t even close. Annunzio’s compromise won 302 to 84!

When the amended S. 1230 containing Annunzio’s six-coin plan returned to the Senate for approval, Sen. Banking Committee Chairman Jake Garn, R-Utah, was furious. He had personally shepherded the 25-coin plan though committee and the full Senate.

Garn convened another hearing on June 10. While S. 1230’s chief sponsor, Sen. Alan Cranston, D-Calif., was not pleased by the House action, he was civil during the hearing. Garn, at times, was outright hostile.

For weeks, it appeared the amended S. 1230 would die in the Senate and all was lost. But suddenly, without fan-fare, Garn allowed the bill to move to the Senate floor, and it was approved on July 1. President Reagan signed it into law on July 22, 1982.

Beth Deisher may be contacted at Beth@CashInYourCoins-Book.com.