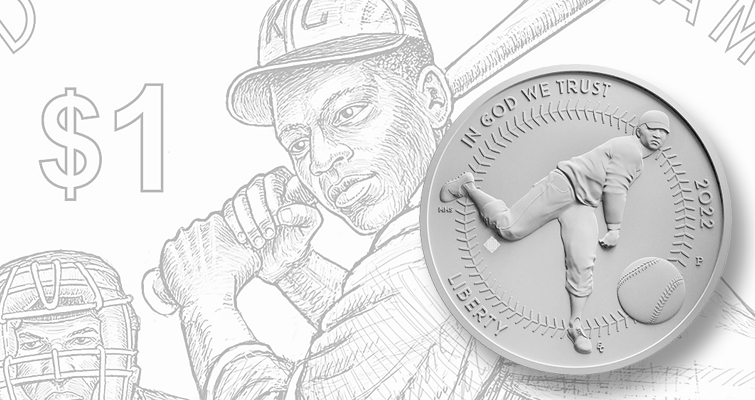 A limited-edition of 20,000 Proof 2022-P Negro Leagues Baseball silver dollars will be produced with an obverse privy mark under pitcher’s right knee marking the centennial anniversary of the founding of viable baseball leagues for African American teams. 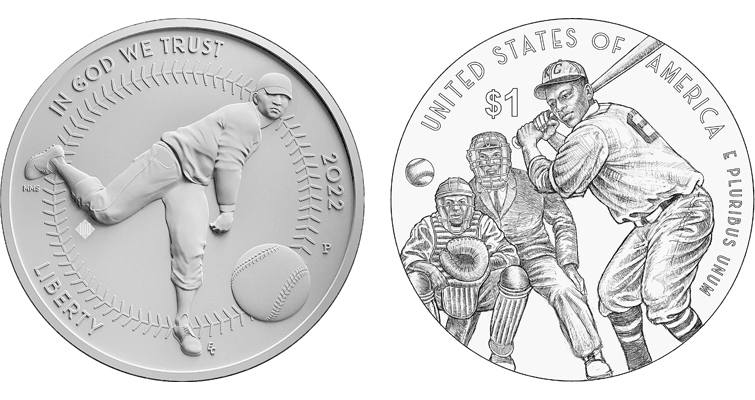 The Proof 2022-P Negro Leagues Baseball silver dollar with the privy mark will be sold for $85. 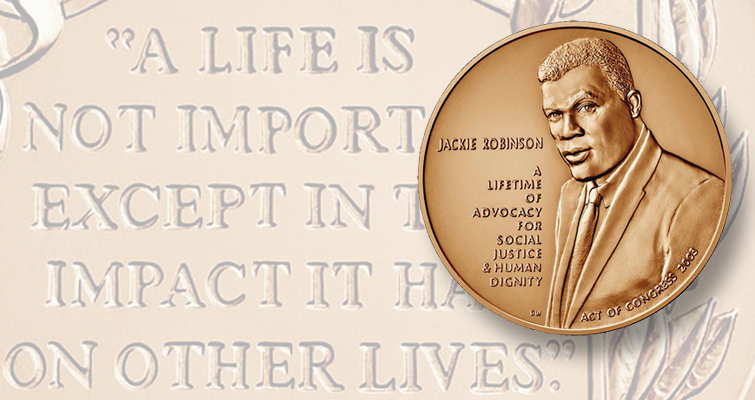 A limited-edition Proof coin and medal set will include a .999 fine silver version of the congressional gold medal authorized in 2003 to recognize Jackie Robinson. Illustrated is a bronze version.

Jan. 6 pre-sales for the 2022 Negro Leagues Baseball commemorative coin program will include a limited-edition Proof 2022-P silver dollar bearing a privy mark recognizing the 100th anniversary of the founding of the Negro Baseball Leagues.

The privy-marked silver dollar struck at the Philadelphia Mint will be limited to a release of 20,000 coins, with household orders restricted to one coin.

A special privy mark is included on the left side of the coin’s obverse, under the pitcher’s raised right knee.

The centennial anniversary of the Negro Leagues is represented by the digits 100 positioned over a shape representing a baseball diamond.

The year 2020 marked the 100th anniversary of the establishment of the Negro National League.

The commemorative coin program encompasses the production and release, in Proof and Uncirculated versions combined, across all product options, of 50,000 gold $5 coins, 400,000 silver dollars and 750,000 copper-nickel clad half dollars.

The program will also include a second limited-edition numismatic product — the Negro Leagues Baseball 2022 Proof Silver Dollar Coin and Jackie Robinson Silver Medal Set. The set is limited to a release of 15,000 sets, with orders restricted to one per household.

The coin and medal will both be struck and packaged at the Philadelphia Mint, but only the coin will bear the facility’s P Mint mark.

The medal designs for the Jackie Robinson silver medal will replicate obverse and reverse designs that appear on the congressional gold medal authorized in 2003 by Public Law 108-101 recognizing Jackie Robinson and duplicated on 1.5-inch and 3-inch bronze medals offered to the public.

The gold medal was presented to Robinson’s widow, Rachel, in 2005, the same year bronze duplicate medals were offered by the U.S. Mint.

The silver medal will measure 1.5 inches in diameter and contain 0.859 troy ounce of pure silver.

The medal’s obverse portrait of Robinson was designed and engraved by then U.S. Mint Sculptor-Engraver Donna Weaver, now retired, who is currently a member of the Mint’s Artistic Infusion Program of outside artists.

The medal’s reverse was designed and engraved by then U.S. Mint Sculptor-Engraver John Mercanti.

The pre-sales period begins at noon Eastern Time and runs through 3 p.m. Feb. 7, after which regular issue prices will be in effect.

The U.S. Mint has not yet disclosed shipping dates for the Negro Leagues Baseball coin options.

The following pre-sale pricing was announced by the Mint Dec. 21, but regular issue prices were not disclosed. Pricing for the gold coin options will be announced closer to the Jan. 6 release date.

The 2022-W gold coins will be produced at the West Point Mint with the W Mint mark, and the 2022-P silver dollars, at the Philadelphia Mint. 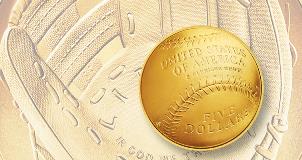 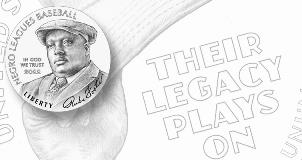