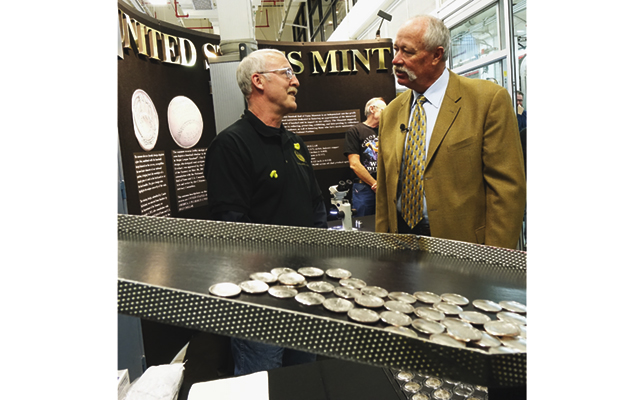 Hall of Fame pitcher Rich "Goose" Gossage paid a visit May 13 to the Denver Mint to strike an Uncirculated 2014-D National Baseball Hall of Fame copper-nickel clad half dollar.

A native of nearby Colorado Springs, Gossage received a tour of the production facility and learned how the coins with their concave obverses and convex reverses are produced.

Gossage was then able to press the buttons on a production press to strike one of the commemoratives.

Gossage was voted into the National Baseball Hall of Fame in 2008. He spent 22 years in the Major Leagues, from 1972 through 1994. His best years were with the New York Yankees and San Diego Padres.

Collectors may still order the 2014-D Uncirculated versions and the 2013-S Proof San Francisco Mint-struck Baseball half dollar strikes from the U.S. Mint.