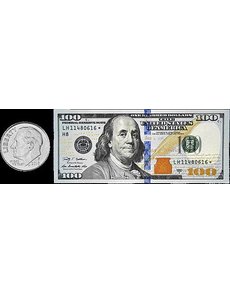 Coinage and paper money production has been unaffected by the federal government shutdown, though various coin-related activities are either postponed or threatened with postponement.

The unveiling of the finalized designs for the 2014 National Baseball Hall of Fame commemorative coins is postponed because of the budget crisis in Washington.

The partial shutdown of the federal government starting Oct. 1 will not stop the nation’s money factories from striking coins and printing paper money, although government coin-related events and sites are being affected.

The Oct. 8 Baseball coin design unveiling is postponed; the National Numismatic Collection is closed for the duration; and the next coin launch and review of future coin designs could be affected if the shutdown lasts more than a few weeks.

The shutdown results from the failure of Congress to pass a spending bill for the new fiscal year, which began Oct. 1.

What follows is the status (as of Oct. 4) of various government agencies, programs and events related to coinage and paper money.

U.S. Mint production: Production of coinage is unaffected at the Mint’s four production facilities, as are sales to the Mint’s customers (the Federal Reserve, authorized purchasers of bullion coins, collectors). U.S. Mint spokesperson Heather Sabharwal said Sept. 30 “that since the U.S. Mint is funded from sources other than congressional appropriations[,] all Mint production facilities will remain open and in operation. Mint operations are financially supported through two separate revolving funds established under Mint reform legislation in 1996.”

According to the Mint, the public tours and sales areas at the Philadelphia Mint and Denver Mint remain open.

Smithsonian Institution, Nat­ional Numismatic Collection exhibit: All national museums are closed, including all Smithsonian facilities, among them Museum of American History, where the National Numismatic Collection is stored and displayed. Valeska M. Hilbig, Deputy Director, Office of Public Affairs, for the Museum of American History, said on Sept. 30, “we will be out of the office and unable to respond to emails or phone calls until further notice.”

While the Museum of American History is temporarily shuttered to the public, the closure will not affect ongoing renovations for an expanded numismatic exhibit gallery.

“The renovation construction will continue and we will be able to make up any lost days this fall and spring. The opening isn’t until May 2015, thankfully,” Hilbig said.

Some Republicans in Congress were advocating legislation that would fund some government agencies, including the Smithsonian, during the shutdown, but the White House indicated it would veto such legislation.

Also delayed is announcement of the winners of the kids design challenge, with five winners in each of the three age groups.

Citizens Coinage Advisory Committee: As of Oct. 4, the Oct. 18 meeting of the CCAC was still on the schedule, according to the Mint. Details about what coin designs the CCAC might review are unavailable.

Series 2009 $100 note unveiling: The unveiling of the new $100 Federal Reserve note was scheduled for Oct. 8 in Washington, D.C. As of Oct. 4, Coin World had not received details about the ceremony’s status.