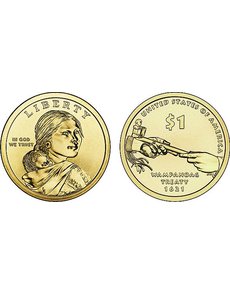 No Presidential dollars were struck at either facility for circulation distribution.