At one time U.S. Mint struck coins to order for collectors 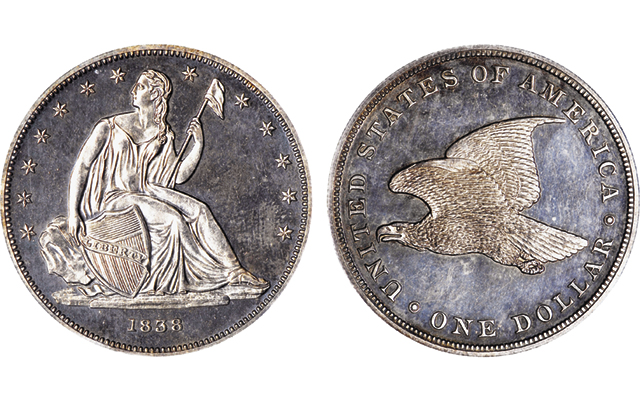 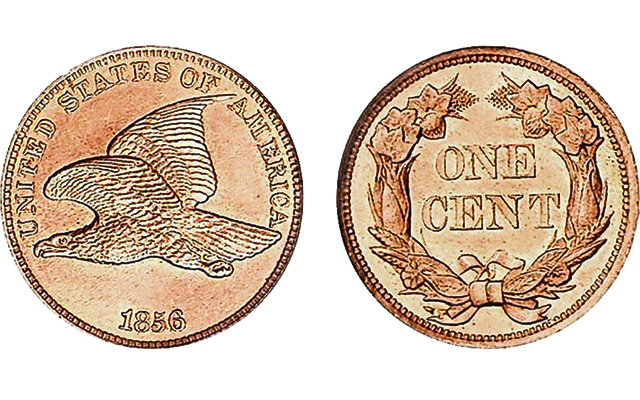 Starting in 1859, 2,000 or more 1856 Flying Eagle cents were restruck — accounting for most of this famous rarity found today in collectors’ hands.

By 1859, the Philadelphia Mint had long been the focal point of much collecting activity. In the 1830s, Adam Eckfeldt, who had been with the Mint since the 1790s, took the lead in helping collectors by providing restrikes of rarities. Research by Joel J. Orosz has demonstrated that Robert Gilmor Jr., of Baltimore, stood in the first rank. In a letter to a friend Gilmor said:

“The Mint has aided me considerably, and has even provided desiderata from the old dies, when I require it — Mr. Eckfeldt of the Mint has been of great service to me, and was stimulated by my attempt to commence one for the Mint itself, which really ought not to be without a specimen of every one of its coins — by timely attention to the subject by whoever has charge of the Department may soon make a considerable advance towards obtaining those in circulation, but no time should be lost, as the old gold coin is gradually disappearing by being coined into the new. The Mint would no doubt aid you in this, and coin your deficiencies.”

The curators of the Mint Cabinet (established in 1838) and others were glad to help numismatists. By 1859, the situation had changed dramatically. The Mint was besieged with seemingly countless requests. In January 1859, P. Clayton wrote to U.S. Mint Director James Ross Snowden to request examples of current and past pattern coins. Snowden’s reply, dated Jan. 24, 1859, bore the notation “Unofficial” and included this:

“Dear Sir, I have rec’d your note of the 22nd inst. and learn from it that you are acquiring a personal knowledge of the ‘passion for specimens of coins’ which possesses so many people in our country. On Saturday I had nine applications of a similar character — today (now 12 o’clock) I have had three.

“It was in view of this increasing, as well as troublesome, task that I made the request mentioned in my official letter of last Saturday (22nd inst.) which I hope will deserve the sanction of the department. In reference to the specimens you ask for I have to state that the trial piece in copper of the double eagle of 1859 which I left at the Department is the only one I had: I have a few of the specimen cents but not all the varieties. I could send you two or three of these, but perhaps it will be best to defer sending them until the new arrangement is made, when your friend, and all other collectors of coins, AND THEIR NAME IS LEGION, can be supplied to their heart’s content.”

It would seem that no further proof is required to demonstrate that the Mint in 1859 intended to restrike rarities in quantity. What to do?

The entire business went underground! Old dies were dusted off, including for Gobrecht pattern dollars of 1836, 1838, and 1839, half cents of the 1840 that had been made in limited quantities, and more. Some years later, a writer in The Nation magazine commented, “It has been estimated than in 1859 and 1860, $50,000 worth of patterns were struck and disposed of at the Mint, without any benefit to the government at whose expense they were coined.”

The profits seem to have made certain Mint officials men of wealth! At the time, $500 to $1,000 per year was a typical salary for an educated professional. This secret gold mine operated until the summer of 1885 when a new director stopped the largesse. By that time, more than 1,500 varieties of patterns had been produced to the extent of many thousands of pieces. Were it not for this gaming, 95 percent of the patterns in numismatic hands and all of the restrikes would not exist today. To this extent, we can be thankful that such capers took place!