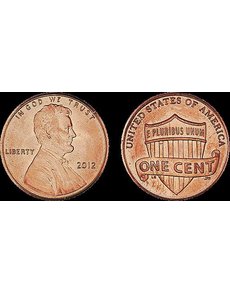 The Lincoln cent will continue to be struck by the U.S. Mint and distributed into circulation at a financial loss as long as the Federal Reserve continues to order them, or until Congress legislates their elimination, a Mint spokesman has said.

Despite President Obama’s opinion that the Lincoln cent has far outlived its usefulness, U.S. Mint officials say the bureau will continue to produce cents as long as the Federal Reserve orders them.

“The penny represents about 60 percent of our circulating coin production,” Tom Jurkowsky, director of the U.S. Mint’s Office of Public Affairs, said Feb. 25. “Our customer, the Federal Reserve, requests the penny, and we meet those requests. We’ve been able to achieve our cost savings on production of the penny — in fact, all our coins — because of some management efficiencies we’ve undertaken such as going to two shift operations and a continuing commitment to [reduce waste].”

It currently costs the U.S. Mint 2 cents to produce and distribute each cent.

The cent has come under sharp criticism for years for being archaic, but moreso beginning in 2006 when the cost of production and distribution of each coin into circulation exceeded its face value for the first time.

Some critics argue that the time has come for Congress to take decisive action and legislate the Lincoln cent into obsolescence.

Media attention was focused on the cent after Obama was quoted in comments posted online Feb. 14 that the cent is a “good metaphor” for some of the government’s financial problems and an example of government waste.

The event was President Obama’s second such video chat with the American public since first becoming president in 2008.

The first video chat occurred in 2012, following that year’s State of the Union address.

President Obama was asked during the Feb. 14 video chat why cents are still being produced when the consensus among economists is that the denomination is inefficient.

“The penny is an example of something that I need legislation for,” the president said Feb. 14. “Frankly, given all the big issues that we have to deal with day in and day out, a lot of times, it just doesn’t, we’re not able to get it.”

In 2001, the cost to produce and distribute each copper-plated zinc cent totaled 0.080 cent. The cost has fluctuated in the years since, according to the annual Mint director’s report for each year.

In 2010, Congress passed the Coin Modernization, Oversight, and Continuity Act of 2010, Public Law 111-302, authorizing the U.S. Mint to conduct ongoing research and development into alternate coinage metals for all circulating coin denominations, not just the cent and copper-nickel 5-cent coin, both of which cost roughly double their face value to produce and distribute.

The act also mandates that the Mint submit biennial reports to Congress on its findings from that ongoing research and development.

Although the Mint did not make specific recommendations for composition substitutes based on its research findings, it identified a front-runner alternative for the cent — copper-plated steel.

The composition alternative, however, offers no cost savings over the current copper-plated zinc composition, according to the research and development findings submitted to Congress by the Mint.

Acting U.S. Mint Director Richard A. Peterson has previously stated to Coin World that it is highly unlikely that the combined production and distribution costs for the cent will ever fall below its face value. ¦