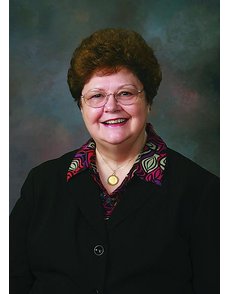 Often when I “remember” or “appreciate” someone as the title subject in an article or story, that person is no longer with us.

Happily, this is not the case with Beth Deisher, who has served as editor of Coin World since March 1, 1985, and is now headed into a well-deserved retirement.

Beth informs me that she is going to travel, write and catch up with many fun things. Taking a cue from her predecessor, Margo Russell, she will not be the Grand Lady of Numismatics in coming months, as she has been in the past. She will let incoming editor Steve Roach take the reins — and his experience on staff and in the world of coins will serve him well. My best to Steve for his success.

It was back in 1961 when founding editor Dick Johnson resigned the post, and the publisher, J. Oliver Amos, owner of the Sidney (Ohio) Daily News, who had not envisioned this, was in a quandary. It was Coin World’s second year of operation and it was doing well. J. Oliver called me and asked if I would consider being editor. I expressed my deep appreciation, but said that professional numismatics in the dealer line, where I had been since 1953, was my preference. He asked me and others in the hobby to suggest candidates.

None materialized, so he tapped Margo Russell, an accomplished journalist on the Sidney Daily News to take over in the interim.

The “interim” lasted until 1985, when Margo retired. She is enshrined in the American Numismatic Association Hall of Fame, winner of the ANA’s highest honor, the Farran Zerbe Memorial Award, and was the first woman to be invited to join the Rittenhouse Society, this, of course, being a short list of her accomplishments.

Margo in 1961 invited me to be a weekly columnist, and I am still here! “Numismatic Depth Study” was the title of my column for many years, now called “The Joys of Collecting.”

When I first met Beth I was skeptical that anyone could fill Margo’s shoes. I soon found that I was wrong. Beth inherited Margo’s nose for news, unquestioned objectivity and fairness, and the ability to write interesting, indeed compelling editorials.

To this day in writing my column Beth has never suggested that I feature anything in particular or avoid a controversial subject or agree with her or Coin World’s editorial position. This continued Margo’s stance and is remarkable seeing that this column has been running for 50 years. Imagine that!

I do remember one instance in which I entered the dealers’ bourse at a major convention and wrote about the predators I encountered there. Beth took exception. More next week!