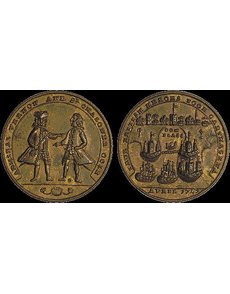 The ANS received all 51 Admiral Vernon medals that were once part of the Huntington Collection, the topic being of interest to many in the United States. An example of one of those medals in the collection is shown here. 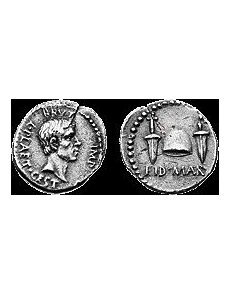 The famed circa 43 to 42 B.C. Eid Mar silver denarius was among the Roman silver coins returned to the ANS in a long-term loan. It may now be exhibited, according to ANS officials. 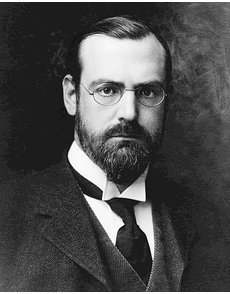 Archer Huntington built a coin collection unrivaled by any other, but it is now being scattered. 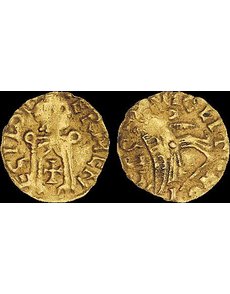 A very rare gold tremissis of Visigothic King Hermenegild (579 to 584) is among the many highlights of the Visigothic coins, one of the most important segments of the collection now back in the hands of the American Numismatic Society.

Months after being sold in a sealed bid, single-lot auction, more than a quarter of the famed Archer Huntington Collection is coming back “home” to the American Numismatic Society.

A few more than 10,000 coins and medals, with an extremely strong selection of Visigothic coins, are being loaned to the ANS by a private benefactor for a 49-year period. The benefactor bought the coins from the private consortium that submitted the winning bid in the March 8 sale conducted by Sotheby’s for the Hispanic Society of America.

The Hispanic Society of America owned the coins, many of which had been on longtime loan to the ANS. Huntington was benefactor to both societies, and the two organizations were located in the same building complex in Manhattan for decades. Huntington obtained thousands of artifacts of Spanish culture, including coins and medals. Huntington collected most of these coins in the late 19th century and early 20th century.

About the same time the new loan became public, the hobby learned that 1,004 coins that were once part of the 37,895-piece collection are being offered for sale in a June 26 auction in Spain (see related article, page 32).

The ANS had been forced to return the collection to the HSA after a legal battle, precipitated by the ANS’s move from its 140 William St. home to 75 Varick St., both locations in Lower Manhattan. The ANS and HSA had both shared the Audubon Terrace complex until the ANS’s move in 2004.

The ANS’s move triggered a clause that allowed the HSA to decide not to renew the loan agreement, which then was on a year-by-year basis. Contemplating a move from the historic Audubon Terrace home, the Hispanic Society decided to sell the collection as a single lot after failing to find an institutional bidder.

During the first half of the 20th century, Huntington donated his entire collection of coins and medals to the trustees of the Hispanic Society with a portion later deposited on loan with ANS for publication. Huntington, the son of transportation magnate Collis P. Huntington, founded the HSA; Mariner’s Museum in Newport News, Va.; and Brookgreen Gardens in Murrells Inlet, S.C. He was also a president of the ANS (1905 to 1909).

In 1946, when Huntington loaned the portion of HSA coins to the ANS, the loan was with a condition to hire scholar George C. Miles for the purpose of studying the collection. Huntington also provided funds to ANS to cover 10 years of Miles’ salary.

Miles called Huntington’s collection “one of the finest and most comprehensive collections of Spanish coins that has ever been brought together,” in The Coinage of the Umayyads of Spain, one of three books Miles compiled based on the collection. “No phase of the numismatic history of Spain and related countries has been neglected,” he wrote.

The collection encompasses several areas, with some areas and eras represented by thousands of coins. Much of the collection’s value lies in its unplumbed breadth and depth and in the potential knowledge it holds, yet to be discovered, according to experts. The terms of the HSA loan to ANS limited ANS research access to the collection, with portions remaining unresearched after the Miles studies.

Some of those research opportunities have been born anew, now that the ANS has a portion of the collection back in its holdings.

“We didn’t think we would get them back,” said ANS Executive Director Ute Wartenberg Kagan.

But the ANS kept the boxes in which the collection had been stored, and on June 21 ANS staff were filling those boxes back up, reacquainting themselves with coins they had feared were lost to them forever.

Much of the credit goes to Alain Baron, who has been “incredibly helpful in the negotiations” with the winning bidders, Kagan said. Baron was approached by the bidders to act as an agent to sell part of the collection.

“He approached the ANS with a list of coins that the consortium wanted to sell, and said, ‘I have this group of coins, do you want them,’ and I found the buyer that got involved in the loan,” Kagan said. “This was all taken out of our collection and now it’s being put back in.”

The timeline for the purchase and new loan of pieces from the collection began in May, with the sale of 1,004 Visigothic coins, and some early medieval coins of the Merovingians, Burgundians and more. During the week of June 11, the ANS received 9,000 of the coins.

The early Visigothic pieces are “the highlight in terms of rarity; nobody really wanted to see them dispersed. There’s no museum collection in the world — or private collection for that matter — that can match the Huntington Collection because these coins are so rare.”

Visigoths settled what is now Spain and Portugal, building a powerful kingdom after the Romans and in the early medieval period.

Miles’ research in 1952 estimated that some 20 percent of all known Visigothic coins in the world were owned by Huntington.

Huntington’s generosity laid the foundation — literally — for both the HSA and the former home for the ANS. Huntington joined the ANS in 1899 and donated land for the first headquarters built, at Audubon Terrace, as well as finances and land for a major addition.

The Audubon Terrace building complex, in Manhattan, was home to both the ANS and HSA and was where the two societies formed their joint relationship.

The new, anonymous, long-term loan to ANS includes an estimated 3,000 bronze and silver Roman coins (which includes all of the bronze and silver Roman coins from the collection, but excludes the important Roman gold coins); about 2,000 Celtic Iberian coins; nearly 4,000 Spanish medieval and later coins; and 51 Admiral Vernon medals, the latter of which represent the complete Huntington Collection holdings of these pieces, which were struck to commemorate Vernon’s famous victory at Porto Bello with six ships.

Details of the contents of the collection loaned to the ANS were published by noted cultural journalist Lee Rosenbaum, who reported extensively on the story at her CultureGrrl blog.

While the early Visigothic coins have been researched and published, “the others are not nearly as known. Some of the Spanish and some of the Roman coins have been photographed and studied, but there were all sorts of restrictions on how access was regulated. They were never exhibited,” Kagan said.

“Some of the earliest medieval Spanish coins have never been researched — if it wasn’t a high value item Spanish scholars have only begun to look at that section,” Kagan added.

The coins may now be placed on exhibit and the whole collection will be placed in an online database, with funding for that project coming from the anonymous owner, Kagan said.

“They will be available to scholars and collectors as any other item in the ANS collection is available,” Kagan said.

Kagan said the ANS is in preliminary discussions with the Metropolitan Museum about displaying the circa 43 to 42 B.C. Ides of March silver denarius, perhaps with another example of the coin, so visitors can see the obverse and reverse at the same time. “I don’t think there are any displays that show both sides,” Kagan said.

Kagan said the ANS will consider bidding or buying the coins as they come into the market, “but of course we’re unable to purchase the whole collection back. We’ll try and come up with [a list]. We will consider anything offered via auction or any other means.” ¦