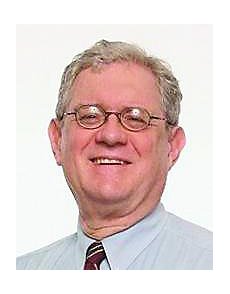 Robert Hoge has retired from his curatorial position at the ANS. The society is seeking candidates for an assistant curator of American Coins and Currency.

The American Numismatic Society is seeking an assistant curator of American Coins and Currency.

The search for an assistant curator is in response to the April 2013 retirement of Robert Hoge as curator of North American Coins and Currency for the ANS. Hoge now serves as curator emeritus.

Hoge began working at the ANS in New York City in 2001. Upon his arrival he became involved with researching and cataloging the collections, writing, lecturing and assisting with exhibits, including the Federal Reserve Bank of New York’s exhibit “Drachmas, Doubloons and Dollars.”

For 20 years before coming to the ANS, Hoge served as curator in charge of the Edward C. Rochette Money Museum of the American Numismatic Association in Colorado Springs, Colo.

Though Hoge said he is “not sure that anyone who loves the field of numismatics ever actually retires from it,” he said he is “stepping down from the everyday work that has enthralled me so long.”

He said he expects to “remain as active as I can in numismatic endeavors, and look forward to continuing contact and interaction with my fellow devotees,” according to an ANS news release.

Most incoming positions start at the level of assistant curator, according to the ANS.

The position is fully endowed. Appointment will be made for two years in the first instance; subject to satisfactory performance, the appointment may lead to a permanent position, according to the ANS.

The responsibilities of the assistant curator position would include oversight of the ANS collections of American coins, paper currency, medals and related objects. The ANS “wishes to expand its audience while continuing its traditional role as one of the leading academic institutions in the numismatic field,” according to an ANS news release.

The assistant curator would “have the opportunity to build on a program of digital and traditional publications, exhibitions and teaching programs in American coins and currency for the general public, collectors, students and academics.”

In addition, the assistant curator would also work on “parts of the collection outside the American field, for which training will be provided,” work as part of a larger team on the ANS’s exhibition program, contribute to the ANS Magazine, and conduct significant research in his or her own chosen field.

Applicants should hold or be about to complete a doctorate or have equivalent academic qualifications in the history or archaeology of the Americas, particularly in areas where coinage or currency make a major contribution to the understanding of the period. Experience in working with coinage or paper currency is a strong advantage but not required.

Applicants are expected to be or become a recognized expert in their field, through study, research, writing and publication on American coinage.