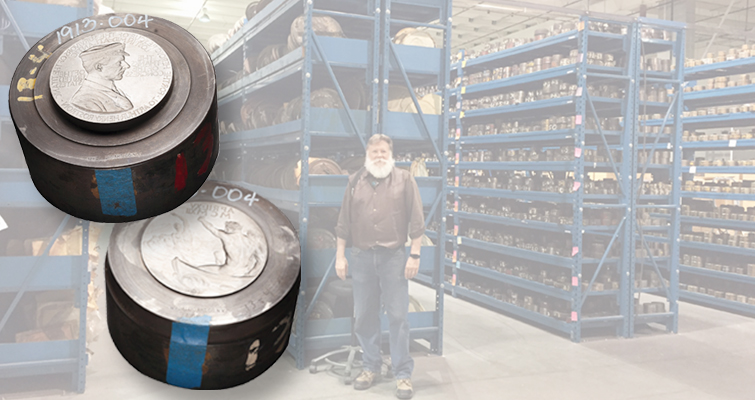 More than 50,000 individual items are contained in the archives of Medallic Art Company. 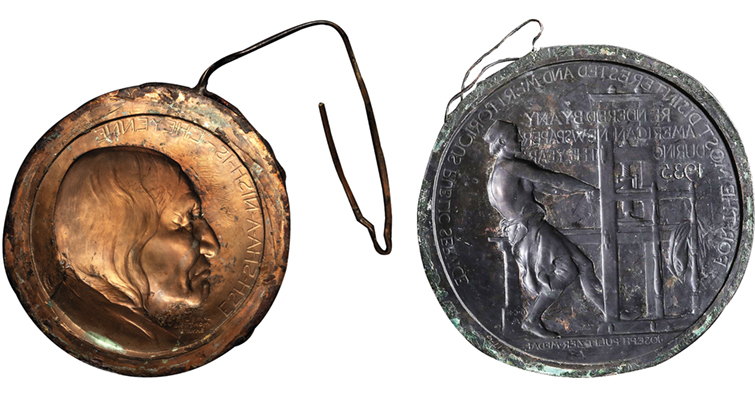 Above left is a galvano for one of Edward Warren Sawyer’s portrait medals of Native American leaders. This portrait of Esh-Sha-A-Nish-Is of the Cheyenne Nation was made in 1912. Above right is the galvano for the reverse of the Pulitzer Prize sculpted by Daniel Chester French and Augustus Lukeman in 1917. 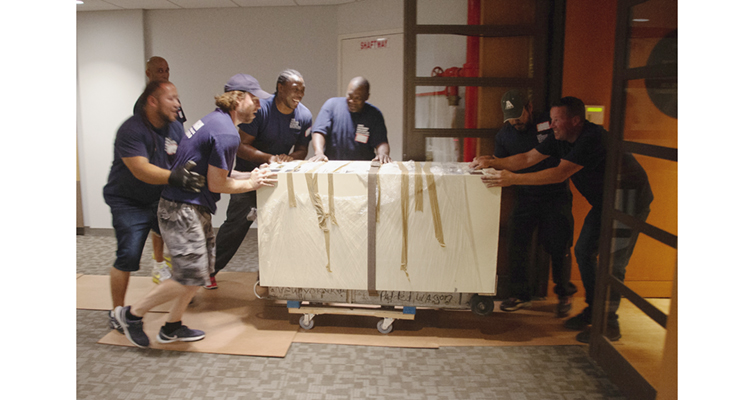 Workers move one of the cabinets, weighing almost 1,000 pounds, into the ANS. 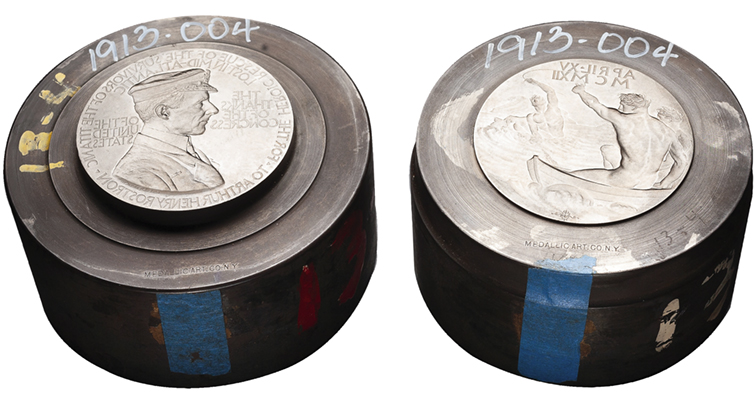 Dies for the Congressional Medal of Honor awarded to RMS Carpathia's Captain Arthur Henry Rostron for the rescue of victims from the sinking of the RMS Titanic. The medal was sculpted in 1913 by John Flanagan who would later design both sides of the Washington quarter dollar introduced in 1932. 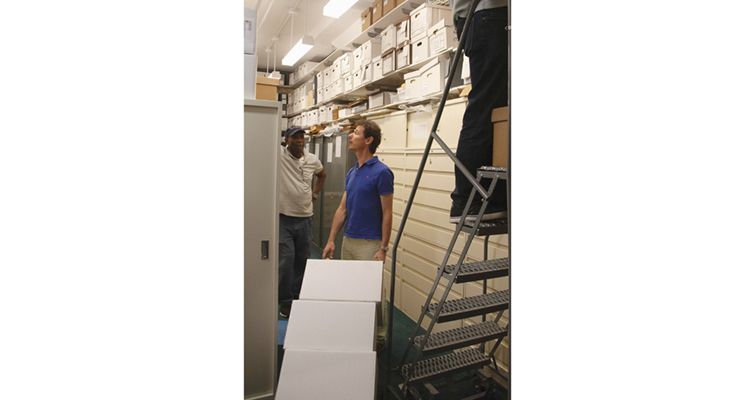 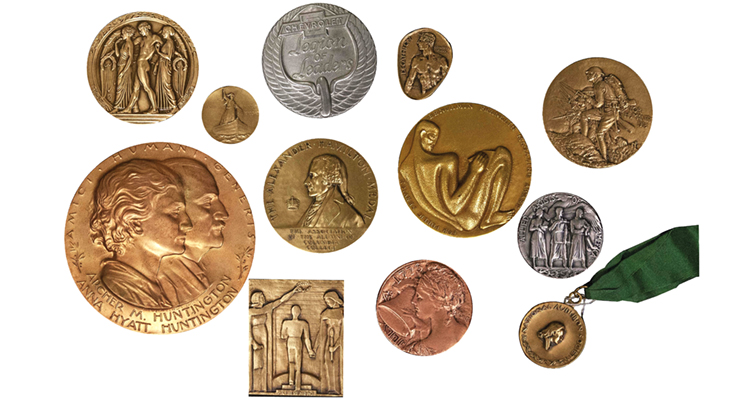 A selection of medals from the Medallic Art Company archives acquired by the American Numismatic Society. 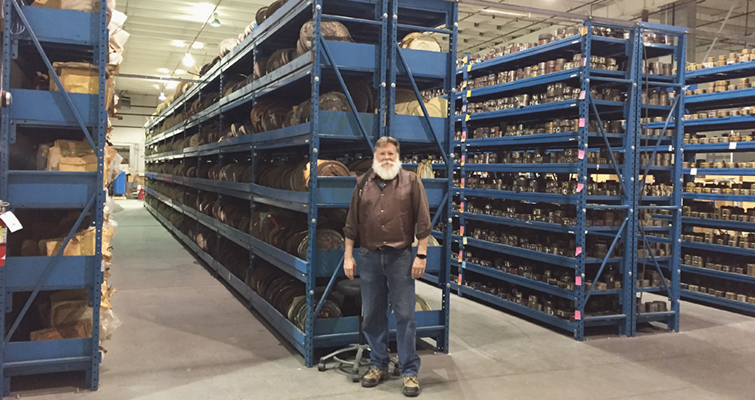 Rob Vugteveen stands in front of the shelves of dies and galvanos at Northwest Territorial Mint in Dayton, Nevada. 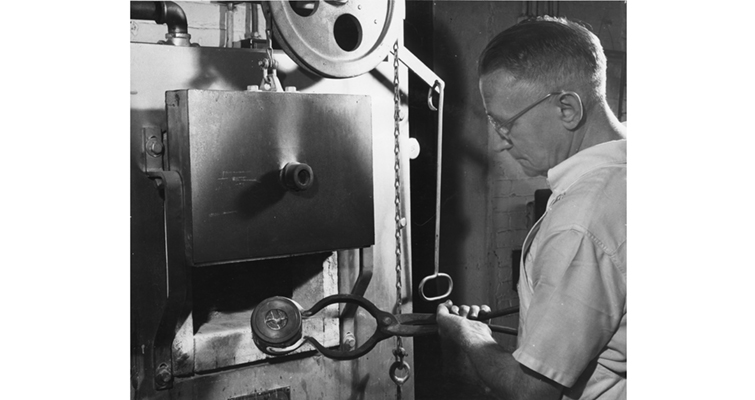 A photo from the MACO archives of their operations in New York City before 1972. 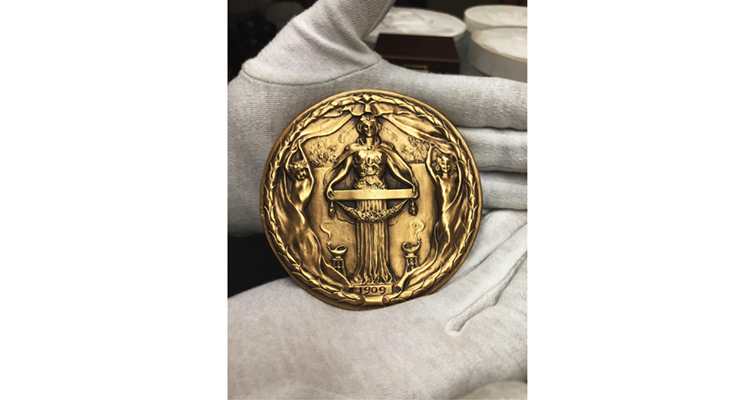 This New Theater of New York medallion minted in 1909. It was commissioned by the ANS and sculpted by Bela Lyon Pratt, who designed and engraved the incuse Indian Head $2.50 and $5 gold quarter eagle and half eagle coins. 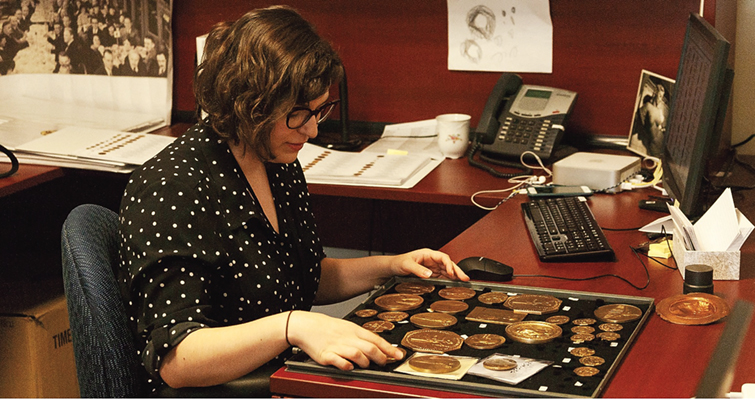 The ANS's manager of the Medallic Art Company Collection, Taylor Hartley, examines a tray while beginning the process of organizing and understanding the collection.

The American Numismatic Society rescued the archives of the Medallic Art Company by purchasing the material for $420,000 in the bankruptcy of Northwest Territorial Mint.

The archives of MACO, one of the nation’s oldest and most prolific private mints, comprise more than 50,000 individual items including medals, dies, galvanos, plaques, and paper and digital records.

From the time of the filing, the primary concern of ANS officials was securing MACO’s production dies, which had been used for decades in manufacturing famous award and art medals, on behalf of the ANS and others.

Once ANS officials understood the extent of the holdings for sale, the focus shifted to rescuing everything that would allow the ANS to reconstruct the company’s history.

Among the materials ANS purchased were extensive catalogs, compiled over many years by Northwest Territorial Mint staff members Cathy Swinburg and Rob Vugteveen, who were able to rely on the assistance of former MACO historian and ANS member Dick Johnson.

“Our number one goal is to catalog all the different pieces and publish them in a separate database online and write a history of this extraordinary company, but it is clear that the Society will not be able to retain the entire collection that it acquired,” ANS President Syd Martin stated, adding, “Over the next years, we will have to decide on a plan how to sell and market a portion of the galvanos and die-shells.” A galvano is a larger than life model made of metal of one side of a coin or medal, that is used for mounting into a reduction engraving machine in the die production process. A die shell is similar except that the result is from a 1-to-1 metal relief impressed from the die itself.

The ANS will set up a dedicated website that will keep members and the public informed about discoveries and further plans, according to society officials.

For more than a century, MACO produced the work of America’s finest artists, while also serving countless non-profit and for-profit institutions in their desires to produce commemorative, award, and other medals.

Until its demise, many of the most famous awards in the United States — including the Pulitzer Prize medal, the Randolph Caldecott medal, and many of the official medals of presidential inaugurations — were produced by MACO.

Scores of notable portraits were also made there, commissioned from many of the most famous artists of their day. The beautiful medals and larger galvanos they left represent an almost complete who’s who of 20th century American notables, and notable artists.

In addition, many major companies had MACO turn their logos into medallic or sculptural plaques.

Finding new surroundings for the MACO archives has proven to be a daunting undertaking, as the moving and storage involves many items made of steel, copper or other metals.

The ANS was fortunate to have a partner in Medalcraft Inc. and its CEO, Jerry Moran, in Green Bay, Wisconsin.

Medalcraft had purchased MACO’s more recent dies, of medals created after 1998, several weeks ago out of the same bankruptcy proceedings for Northwest Territorial Mint.

The roughly 20,000 older dies were shipped to the headquarters of Medalcraft in Wisconsin several weeks before the ANS announced the acquisition. The post-1998 MACO dies purchased by Medalcraft and pre-1998 dies acquired by the ANS are all stored in the Medalcraft Mint vaults. The shipping took place soon after the sales to Medalcraft and the ANS were consummated through the bankruptcy court in the state of Washington.

The ANS has entered a contract with Medalcraft whereby the ANS will select the dies that it wishes to keep for display and research purposes, and Medalcraft will become the owner after five years of any dies that ANS does not wish to retain.

Due to the difficulties of storing a large number of dies, the society said it will be highly selective in its choice of dies it retains in its collection.

An equally demanding task will be selecting from among the galvanos and die-shells what to keep for the society’s permanent collection.

A galvano is a oversized coin model encased in medal. The process of die production early in U.S. Mint coin production involved mounting a galvano on a reduction lathe, on which a stylus traced the galvano’s details while a graving tool mechanically cut the design, in the desired reduced size, into die steel.

A die shell is similar, except that a 1 to 1 relief is taken from a die itself, impressed into whatever material is chosen, according to Peter van Alfen, an ANS curator.

The approximately 15,000 related items, made from copper, epoxy, plaster and other materials, are among the most intriguing and beautiful pieces acquired by the ANS.

The ANS acknowledged the organizational talent of Rob Vugteveen, a former Northwest Territorial Mint employee now working for Holabird Americana in Reno, Nevada, and a team of a dozen students, who were able to help pack and move some of these items to an off-site storage location.

At the same time, a team of photographers, led by Lou Manna, bar-coded and photographed a large proportion of these objects (all in a warehouse in Nevada, without air conditioning, in the middle of the summer).

ANS Executive Director Ute Wartenberg, who herself traveled to Nevada to help pack the collection, praised the efforts of this team.

“Without the help of Rob Vugteveen, the ANS would have not been able to achieve this Herculean task,” Wartenberg said. “The ANS also owes enormous gratitude to Fred Holabird, whose local connections made all this possible and who was instrumental in finding an affordable warehouse near Dayton where the material could be stored.”

The ANS Board of Trustees has set up a committee of trustees, staff, and expert members, who will review ways of dealing with the sheer mass of material, which is currently housed in three separate locations.

Taylor Hartley, a full-time ANS staff member and a specialist in early 20th century sculpture, has begun to catalog the archive of sample medals and compare them with the extensive holdings already in the society’s collection. 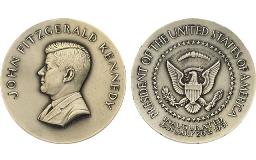 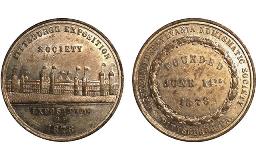 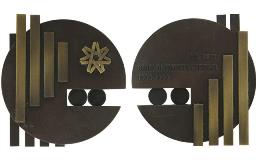