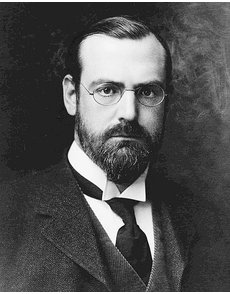 Archer M. Huntington, among his many years of service to the ANS, also served as its president from 1905 to 1910.

The American Numismatic Society has launched a new biographies site, which contains records for prominent people and organizations related to the society.

These authority records tie into the new version of Archer, the digital archives of the society.

In 2004 the society established a centralized archive when it was preparing to move to its location in lower Manhattan. The mission of the archives is to serve as a centralized resource for historical information about the society, according to the ANS website.

Two names familiar to collectors are among the biographies featured on the website include Archer M. Huntington and Howland Wood.

Huntington, among his many years of service to the ANS, served as its president from 1905 to 1910. He was then named honorary president, a title he held until his death in 1955.

The ANS’s Archer M. Huntington Medal Award, named for him, recognizes distinguished career contribution to the field of numismatics. The ANS instituted the annual award in 1918.

Search all of ANS's biographies here.