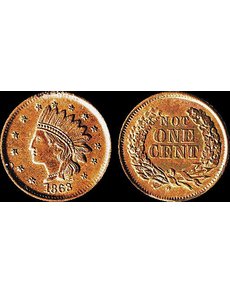 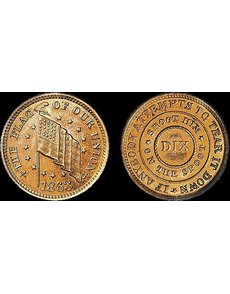 As I write these words, the American Numismatic Association World’s Fair of Money is not far off. The most important coin show of the year, it will attract visitors from all over the world.

My first ANA convention was in August 1955 when I was a young teenager in high school. Not yet 18 years old, I was not eligible to join the ANA.

It was thought that youngsters might not be responsible, were not of legal age to make contracts. My father stepped in and joined so that I could read The Numismatist.

I applied for a bourse table, and General Secretary Lewis M. Reagan said I could have one if my father sent a document guaranteeing my transactions and if I could submit other references.

Among the last, Lee F. Hewitt of the Numismatic Scrapbook Magazine said not to worry. In the three years I had been in business I had earned a good reputation.

Since that time I have attended shows continuously. God willing, the upcoming August event will be my 58th! I look back on the past conventions with many wonderful memories.

This year, I can be found at the Stack’s Bowers Galleries bourse table or auction sessions or at the Whitman Publishing LLC booth. If you have some of my books from the past or buy some new ones I’d be delighted to autograph them for you.

One of my favorite series, Civil War tokens, will be featured in at least two venues. From 4 to 5:30 p.m. Aug. 9, the Civil War Token Society will have its annual meeting. CWTS numbers approximately 700 members who enjoy the art, history and romance of these copper (usually) tokens minted as monetary substitutes in the Civil War.

At 1 p.m. Aug. 10, I will present an illustrated program, “The Untapped Potential of Civil War Tokens.”

I will tell the story of how these tokens came to be, the striking and distribution of them, aspects of the marketplace, and the collecting of them over the years. This is one series in which great rarities, including in Mint State, can be obtained for fractions of the prices of similar graded pieces in other American numismatic specialties.

On hand will be Donald Erlenkotter, editor of the Civil War Token Journal.

Membership in the society costs $15 per year, including four copies of the journal. They should raise it! I don’t know of any other society that is so inexpensive.