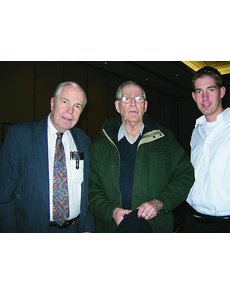 Another numismatic great has passed on. George J. Fuld died on Friday, Oct. 19.

Born in 1932, George discovered coins simultaneously with his father, Melvin, in Baltimore in 1946. They both took an immediate liking to tokens. As a father-and-son team, they organized the field of Civil War tokens and created the two standard works we all use today: Patriotic Civil War Tokens and U.S. Civil War Store Cards. They also contributed a monthly series on tokens of all kinds to The Numismatist for years.

George on his own created a new standard reference on the coins, tokens and medals of George Washington, vastly expanding W.S. Baker’s 19th century work; did archival research in many places; assisted others with their research; and always had a good word to say. I have been in contact with him constantly over the years, most recently when he contributed a chapter of reminiscences to my Whitman Guide Book of U.S. Civil War Tokens, recently released.

George, who never referred to his doctorate, was a scientist by education. His family was in the chemical business in Baltimore.

I first met George in the mid-1950s when I was a teenager in high school and dealing in coins part time. Not long afterward, I visited him at this then-home in Wakefield, Mass. He was doing research at M.I.T. and told me of his experiments with compressing preserved food to be dispensed pneumatically, like some cheese for crackers is sold today.

During the visit, I purchased Civil War store cards, mostly in large National album pages, nearly all Uncirculated, and for less than a dollar each! Today, on average, as rare varieties were included, they would be worth several hundred dollars per token.

In 1957, several of us interested in numismatic research banded together to form the Rittenhouse Society — Ken Bressett, Walter Breen, Grover Criswell, George Fuld, Dick Johnson, Ken Rendell and me. Every year since 1960 we’ve had a breakfast meeting at the summer American Numismatic Association convention.

Once, in the 1950s, George and his dad invited me to speak to the Baltimore Coin Club. I packed my things, hopped aboard Delta Airlines and landed late in the afternoon. My suitcase went somewhere else and was not seen again. In those days speakers always wore a suit and tie, as did dealers at shows. I arrived at Melvin’s home in blue jeans and a T-shirt! Melvin poked around in some closets and somehow found suitable clothes, never mind that they didn’t quite fit. If any club members noticed, they didn’t say anything.