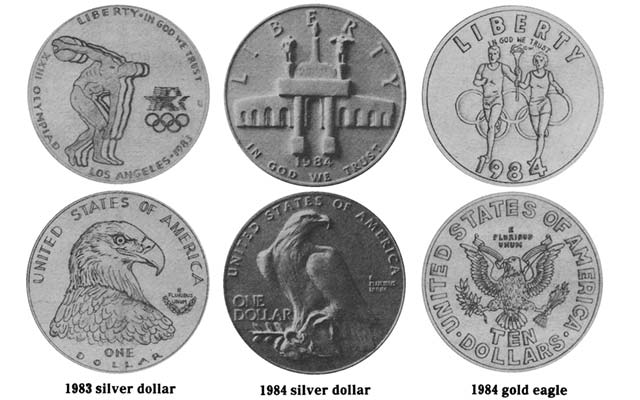 Treasury officials released concept design sketches for the 1983 silver dollar, the 1984 silver dollar and the 1984 $10 gold eagle on Oct. 14, 1982, just 52 days after the authorizing legislation was signed into law.

He had outwitted and out-legislated foes in both the House of Representatives and the U.S. Senate who had backed proposals for 29, then 25, and then 17 different Olympic coin designs to be marketed by the private sector.

He had persuaded a majority in the House to vote for his compromise, which authorized two silver dollars and one gold $10 coin with the U.S. Treasury in control of marketing, and the Senate had agreed to his compromise.

Annunzio was outspoken in his criticism of the gold $10 coin design. He characterized the torchbearers as “Dick and Jane.” The Commission of Fine Arts questioned their distinctly Caucasian features, noting that most of the U.S. athletes in the track and field events were African Americans.

Treasury Department officials pointed out that they needed to give buyers some idea of what the coins would look like before sending out order blanks and beginning pre-sales. They also noted that the coin designs already had the official nod from Treasury Secretary Donald T. Regan. But Annunzio worried that the public’s reaction to the designs could be a harbinger of low sales.

The powerful subcommittee chairman declared that if it took returning to the floor of the House of Representatives to get better designs, he would.