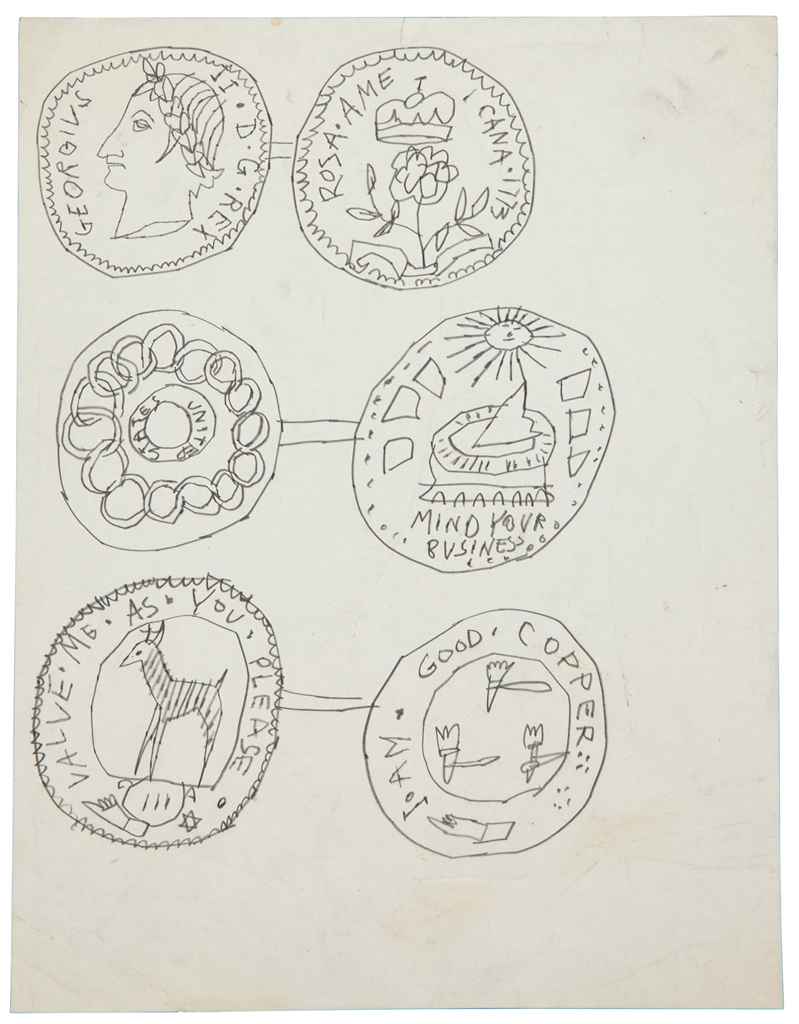 The auction is one of several online-only auctions conducted by the firm of works from the Warhol estate.

The 1952 drawing — on an 8½- by 11-inch piece of drawing paper — was created when Warhol was in his 20s and enjoying a successful career as a commercial artist. In 1952 Warhol had his first solo exhibition at a gallery and a decade later he exhibited his Campbell’s Soup Can series that cemented his status as a “Pop” artist.

The drawing features, at the top, a loosely rendered depiction of a 1733 Rosa Americana pattern twopence featuring the bust of George II facing left. Warhol uses the date 1773 instead.

In the middle is a classic Fugio copper piece. Warhol leaves off the date, but the coins themselves are dated 1787.

At the bottom is a Higley (or Granby) copper of 1737 (again Warhol leaves off the date) with the classic phrase VALUE ME AS YOU PLEASE on the obverse and I AM GOOD COPPER on the reverse.