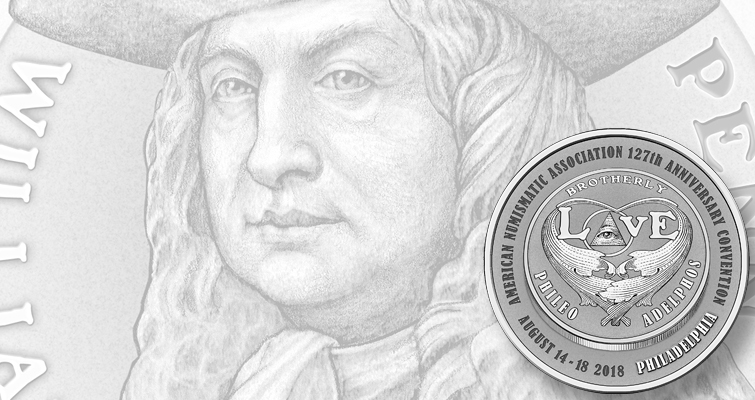 The ANA's annual convention medal reverse design is a redo, as the original was pulled amid copyright concerns. 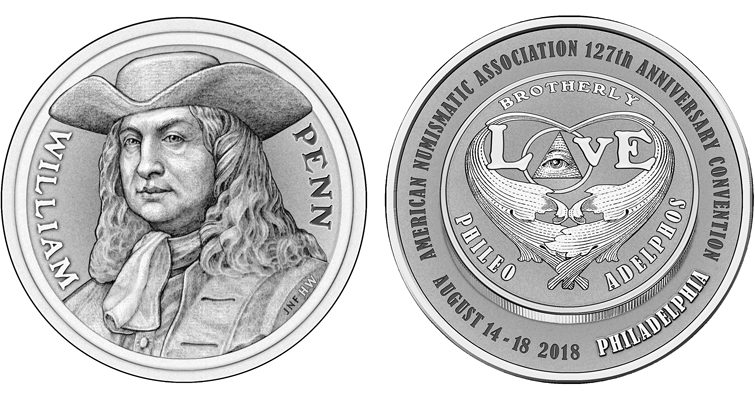 The revised reverse, resembling a love token, replaces one that had a central graphic element depicting Robert Indiana's LOVE sculpture in Philadelphia.

Because of potential copyright issues using a design reflecting sculptor Robert Indiana’s LOVE sculpture in Philadelphia, the American Numismatic Association has substituted an alternate design for the reverse of its 2018 convention medal.

Designed by North Carolina artist Jamie Franki and sculptured by medallic artist Heidi Wastweet, the reverse of the medal required a redesign after ownership questions surfaced around the LOVE graphic originally included on the medal.

Indiana’s famous LOVE sculpture is located in JFK Plaza near Philadelphia’s City Hall. Indiana died on May 19 at the age of 89.

The redesigned reverse of the medal is in the form of a Philadelphia love token, with engraved elements from American paper currency that form a heart shape. The Eye of Providence (an engraved element from the $1 Federal Reserve note) forms the O in LOVE, and creates a tie to William Penn’s forward-thinking gaze depicted on the obverse. The love token, shown engraved upon the surface of a reeded-edge coin, highlights the meaning of Philadelphia,“City of Brotherly Love” as it translates from the Greek.

The obverse retains the portrait of early Quaker William Penn, English real estate entrepreneur, philosopher and founder of the British North Colony, the Province of Pennsylvania.

Franki, a professor of illustration at the University of North Carolina, Charlotte, is also a designer for the U.S. Mint’s Artistic Infusion Program. Wastweet is completing a four-year-term on the Citizens Coinage Advisory Committee. Wastweet is also president of the American Medallic Sculpture Association. 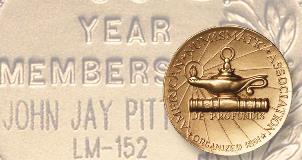 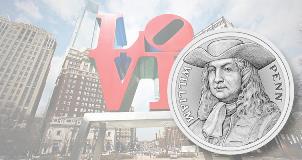 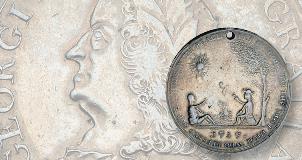