NGC has designed a special grading label for 2016 silver American Eagle bullion coins as a membership incentive for the American Numismatic Association. Limited to 500 pieces, the encapsulations are only available at the March 3 to 5 National Money Show in Dallas.

2016 is the 125th anniversary year for the American Numismatic Association. Part of that celebration includes the National Money Show March 3 to 5 in Dallas and the numismatic education the convention offers.

As a membership incentive in celebration of its 125th anniversary, the ANA is offering Numismatic Guaranty Corp. certified 2016 American Eagle silver bullion coins encapsulated with a special grading insert, available only at the show and limited to a release of 500. Members can obtain one of the coins by joining the ANA as a platinum member, renewing a current membership for an additional three years, or by making a donation of $125 to the ANA.

The show offers a multitude of educational programs, seminars, and numismatic displays. Heritage Auctions is the official auctioneer for the convention.

Two two-day Technical Series Seminars are scheduled for March 1 and 2 at the Omni Dallas Hotel, 555 S. Lamar. One seminar is dedicated to “Fundamentals of Grading U.S. Coins.” The second is devoted to “Advanced Grading of U.S. & World Paper Money.”

The following Money Talks numismatic presentations are set for March 4:

The following programs are set for March 5:

The ANA Museum Showcase brings to the public an extensive sampling of items from the association’s holdings:

In February 2016 the ANA’s Edward C. Rochette Money Museum in Colorado Springs, Colo., unveiled an Olympic exhibit featuring a wide range of numismatic objects produced for the Olympic Games, some dating back to the sixth century B.C.

Rare Syracusan dekadrachms and other early Greek coins along with modern award and participation medals, badges and commemorative coins are on display to highlight the athletic event. 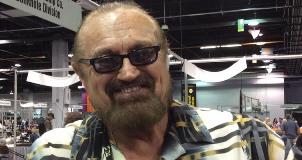 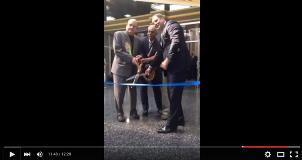 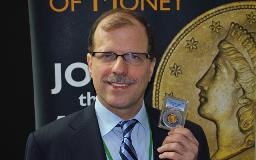