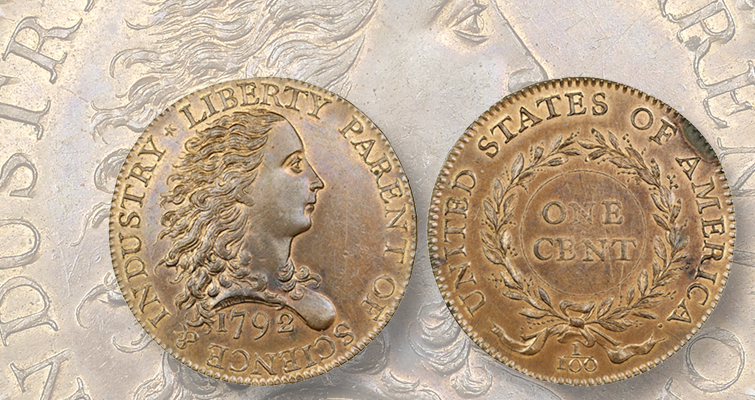 The finest of the seven known 1792 Birch cent patterns, graded NGC MS-65 red and brown, will be displayed with other early American numismatic treasures by Kevin Lipton at the ANA 2018 World’s Fair of Money. 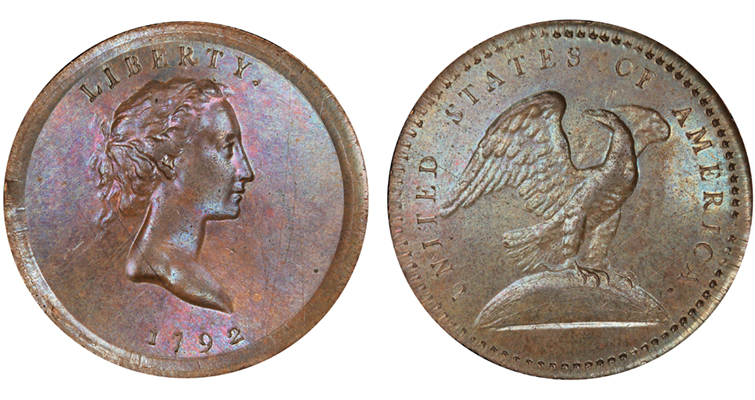 The only privately owned 1792 Eagle-on-Globe copper pattern, graded PCGS MS-63 brown, is one of the early American numismatic treasures Kevin Lipton will exhibit at the ANA 2018 World’s Fair of Money. 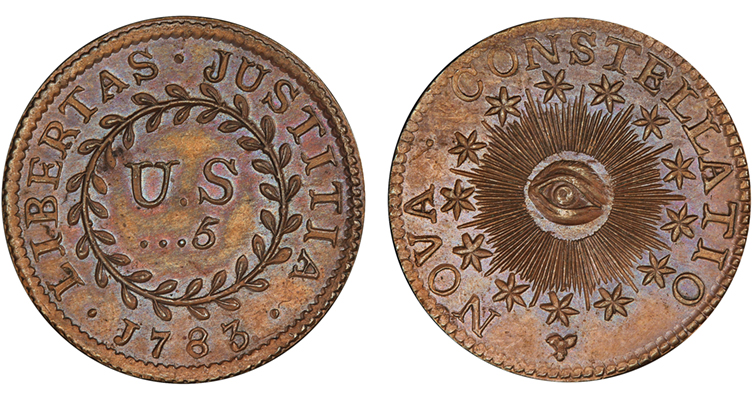 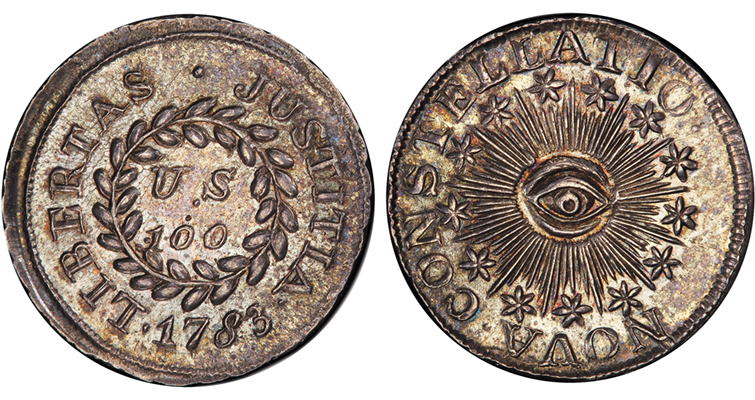 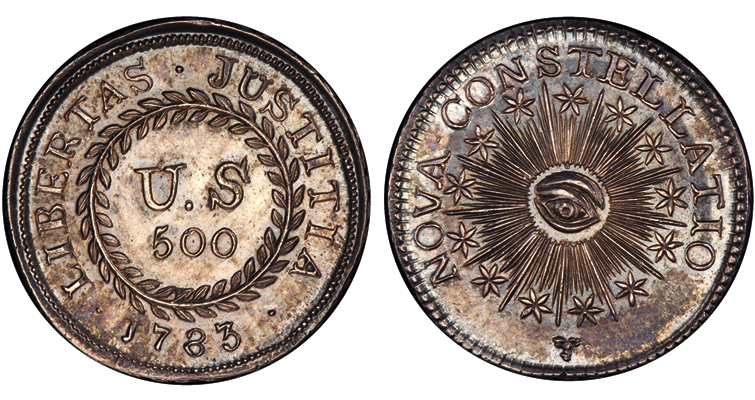 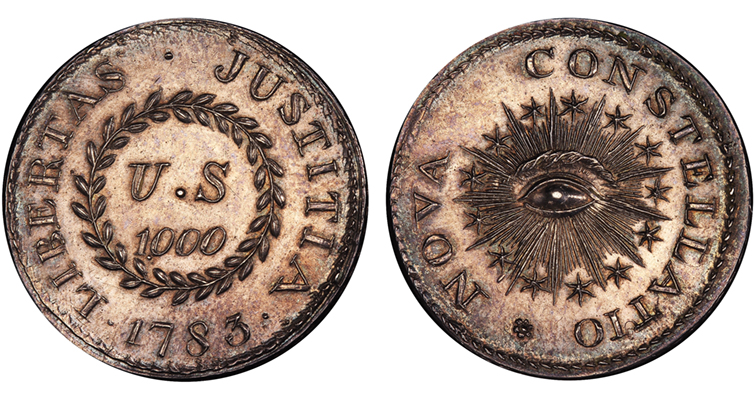 Among the “usual” sights at the American Numismatic Association World’s Fair of Money this year will be an exhibit of unique early American coins.

Original examples of patterns for the nation’s very first coins will be available for public viewing at the show in Philadelphia in August. Nova Constellatio patterns are featured, as are two other rare early American coins: a 1792 Birch cent and a 1792 Eagle-on-Globe copper quarter pattern, the only such coin held in a private collection.

The exhibit’s six coins, held by collectors in Beverly Hills who wish to remain anonymous, are being showcased by Kevin Lipton, who represents those owners.

The 1783 Nova Constellatio patterns are widely regarded as experiments toward America’s first true coins, and are credited with establishing the U.S. dollar as a decimalized currency. The patterns were conceived by Robert Morris, a signer of the Declaration of Independence and prominent financier who served as the superintendent of Finance for the United States between 1781 and 1784. He needed to find a way to unify the 13 states’ disparate monetary systems, to help fund the fledgling nation’s war effort and levy federal taxes.

The result was the Nova Constellatio patterns, which were minted to demonstrate the aesthetic appearance and underlying units of the new currency system. The designs are fairly uniform between denominations; one side features the denomination (5, 100, 500, and 1000 otherwise unnamed “units”) encircled by a wreath, while the other side features an eye surrounded by rays and stars, with the words “Nova Constellatio,” Latin for “A New Constellation.” All but the copper 5-unit coin were minted in silver.

The coins recommended in Morris’ Nova Constellatio proposal would not be adopted. The committee assembled by the Continental Congress to consider the scheme did not certify the proposal, and it died there, though not before several examples of the pattern coins were minted. The United States would take until 1792 to resolve the problem of conflicting circulating currency systems, when it minted its first circulating coins.

(Ironically, Morris spent several of his later years in debtors’ prison after a failed attempt at real estate speculation left him deeply indebted.)

In addition to the Nova Constellatio pieces, another coin on display at the ANA show is the finest of the seven known 1792 Birch cent patterns, graded NGC MS-65 red and brown. It is named for its engraver, whose name appears along the truncation of the portrait of Liberty. Though various artists and engravers with the surname Birch have been identified as possible candidates, none is conclusively confirmed as the artist. When production of circulating cents was begun in 1793, a new designer was employed, leaving Birch’s design for the ages.

The other coin exhibited, a 1792 Eagle on Globe pattern, has a denomination identified over the years as a cent, half eagle, and quarter dollar. Unlike the other 1792 patterns, the design has no stated denomination, and official records have shed no clarity on the denomination intended, if any ever was determined.

The piece on exhibit was minted from copper, although white metal examples also exist.

The dies are attributed to Joseph Wright, who was the unofficial first engraver of the U.S. Mint in Philadelphia, until his untimely death in 1793. Wright is also credited with designing the Liberty Cap cents minted between 1793 and 1796.

The Eagle on Globe pattern is graded PCGS MS-63 brown. The only other such pattern also resides in the Smithsonian’s numismatic collection.

Lipton views the 2018 ANA World’s Fair of Money as a “homecoming” for the coins, as the 1792 pieces were minted in that city in the late 18th century. 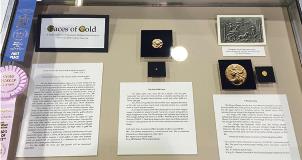 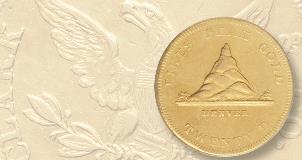 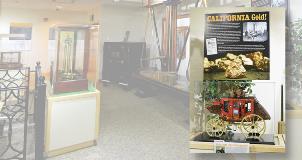