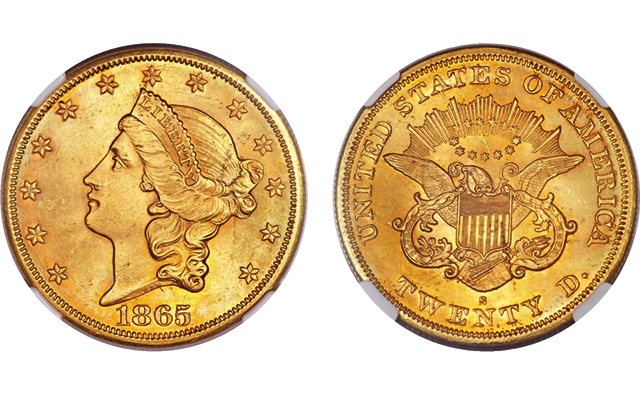 The one that got away

This 1865-S Coronet $20 gold double eagle in an NGC Uncirculated Details, Improperly Cleaned holder that sold for $11,162.50 was described by Heritage as “a lustrous and beautiful peach-gold and sea-green example.”

Coins that have problems like cleaning often carry a stigma in the marketplace and Doug notes that he doesn’t generally buy “problem coins.” However, this piece was enigmatic in that while it was the first and only truly Gem example of this date that Doug had ever seen, it had been lightly cleaned. He said, “Without this cleaning, this was a slam-dunk MS-65 and, as an example with original surfaces in contrast to shipwreck coins, it could easily be worth $50,000++.”

Doug added, “I will be on the lookout for this coin in the near future and I won’t be shocked if it is in a ‘regular’ MS-65 holder and priced at some crazy number.”