ANA Board ousts another executive director 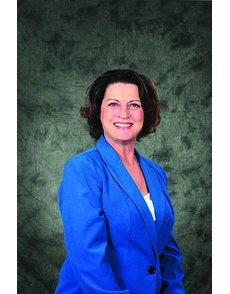 Kim Kiick has been named the new executive director of the American Numismatic Association, replacing the recently ousted Jeff Shevlin.

In the span of less than a week, the American Numismatic Association fired its executive director, Jeff Shevlin — who led the nonprofit organization for less than a year — and hired a new one, longtime senior manager and director of operations Kim Kiick.

On Friday, April 26, the ANA sent out a press release titled, “ANA News: ANA Board Elects Not to Extend Contract of Executive Director Jeff Shevlin.”

In the press release ANA President Thomas Hallenbeck stated, “After considering the Board’s mission and objectives, the Board of Governors concluded that Mr. Shevlin was not the right fit to lead the Association going forward.” Hallenbeck added, “The board felt that it was in the Association’s best interest to sever our relationship and seek new leadership for the Association.”

Rather than simply not renew his contract in June, the ANA Board opted to relieve Shevlin of his duties several months prior to the end of his contract.

The ANA Board discussed a succession plan during a scheduled telephone conference on April 30 that was closed to the press. The next day the ANA issued a press release that named Kiick as executive director of the congressionally chartered organization, which has a membership of approximately 27,000.

Kiick began her career at the ANA in 1982 and acted as interim executive director from August 2011 through June 2012, when Shevlin was hired. Upon being named executive director Kiick stated, “In 31 years, I’ve seen the best and worst of times and I hope the next few years will allow us to celebrate our collective successes. We need to embrace our member and dealer communities to assist us in preserving and growing the hobby and our Association.”

Hours after the ANA issued the press release, Shevlin responded with a press release emailed to Coin World on April 26 where he characterized his departure as a firing and stated that he was not informed of the reasons for his termination. He wrote that he was notified on April 11 that he was fired from his position and escorted from ANA headquarters.

Shevlin stated that Hallenbeck and five other ANA Board members had told him he was “doing a great job” and doing a “fine job” in the week prior to his termination.

Shevlin said that the board failed to communicate with him as a unified body. He wrote: “I would receive random and conflicting emails from different Board members advising me on various issues. It became increasingly difficult to discern whose individual requests I was required to follow, and conversely, whose to disregard or decline to follow. I was working hard to enact positive and lasting changes that would benefit the ANA as an organization, as well as the membership as a whole.”

Shevlin declined to provide further comments beyond his press release.

The ANA Board announced Shevlin’s appointment on May 25, 2012, and he began work at the ANA headquarters in Colorado Springs, Colo., on June 18, 2012.

The 2012 ANA press release announcing Shevlin’s new role stated, “Shevlin is retiring from his current positions as a chief executive manager with 34 years of public sector experience, 28 years in not-for-profit management and 15 years as an adjunct college instructor. His background is in information technology, and he has experience managing large organizations and major projects.”

Shevlin is an ANA life member and an expert on so-called dollar medals. He and his wife subsequently moved to Colorado Springs and purchased a home there.

At the time of Shevlin’s hiring, Hallenbeck stated, “With our selection, we wanted to show the membership that we are making a move forward for the ANA. He added: “Jeff’s combination of management experience, understanding of technology and overall passion for the hobby made him the stand-out candidate. He understands the Association and its needs and will take the association in exciting new directions.”

Shevlin stated at the time: “I am excited about meeting the challenges the ANA faces. After all, we all share the same passion, numismatics.”

In a May 25, 2012, interview with Coin World, Shevlin said he was “totally excited” about his appointment and said his top priority was to “get engaged with the board of governors and get my arms around the strategic plan.”

He added, “I want to work on transparency, form a communication plan and foster teamwork.”

Shevlin outlined his goals during a June 24, 2012, presentation at the ANA Summer Seminar in Colorado Springs titled “Meet the New Kid on the Block.” Shevlin noted throughout the talk that he created and shared with the board a “100-day plan” for his first few months at the ANA, which addressed three key points: the day-to-day operation of the organization, the elected board of governors, and membership and communication. Among his goals were to take the ANA’s website, www.money.org, to a functional level, and he warned at the time that a new website would take considerable resources.

When an ANA member attending the talk asked how long he would stay at the helm of the ANA, Shevlin answered “at a minimum of five years,” suggesting that he could do the job for perhaps 10 years.

During a March 8, 2008, press conference, when stepping into the position, Shepherd stated, “Better times are coming; either that or I’ll die trying.”

Shepherd replaced Christopher Cipoletti, who became the ANA’s legal counsel in 1998 and served as executive director from 2003 to 2007 when he was fired for cause. The subsequent litigation between Cipoletti and the ANA lasted four years, placing the ANA in an often embarrassing position.

Kiick signed the Oct. 16, 2007, letter dismissing Cipoletti, acting in her role as chief operations officer for the ANA. She subsequently helped develop the rating system used to determine the top tier of candidates for Cipoletti’s replacement in 2008.

It’s typically a time consuming and expensive process to find an executive director for a large membership-based organization like the ANA. As part of the selection process in 2012, a committee reviewed applications from more than 50 candidates from both the nonprofit and numismatic world, before interviewing eight during the ANA’s Spring National Money Show in Denver. After four candidates were interviewed by the entire ANA Board, Shevlin was unanimously selected as the new executive director.

Current ANA governor and chair of the executive search committee Wendell Wolka said at a May 2012 open session of the ANA Board that paramount among the committee’s goals was to “make sure this one takes.” He added, “We can’t afford to have three in a row.”

In announcing Kiick’s appointment, Hallenbeck stated, “Kim has been an exemplary employee of the ANA for more than 30 years, and has been very effective in a leadership capacity for the past several years.”

He added: “I strongly believe that the leader the ANA has searched for during the past few years has been on staff all along. Kim is well respected by ANA staff, the Board of Governors and by virtually every member of the Association who has met her. She brings a valued perspective that only a seasoned employee can have, and has repeatedly demonstrated her leadership skills over the past several years.”

Hallenbeck further cited her experience in working with eight different boards over the past 15 years.

In the May 1 press release Hallenbeck stressed that the selection of Kiick allows for a smooth transition, stating, “The New Orleans National Money Show, Summer Seminar, work on the new website, major projects in the ANA Library and Museum plus all the other excellent services and programs provided to members and nonmembers for the betterment of the hobby are moving forward as planned.”

To further support the transition, the ANA is retaining Colorado Springs-based management consultant firm Unlimited Potential to work with the executive director, board and staff “to increase the effectiveness of each and to improve communications and leadership skills.”

Among the firm’s functions will be helping Kiick understand her role as well as the board’s expectations for the executive director, and working with the outgoing and incoming ANA president to define short-term goals and priorities for Kiick.

In a May 2 telephone conversation with Coin World, Hallenbeck confirmed that Kiick was a semifinalist in the prior search where Shevlin was ultimately appointed. But she was not part of the final four that went in front of the board for interviews, with Hallenbeck noting, “although she probably should have been.”

He further confirmed that Kiick has a three-year employment agreement with reviews after the first year. In assessing Kiick’s potential, Hallenbeck said: “She’s not trying to reinvent the wheel; she’s aware of our deficiencies and our strengths. She popped up as the obvious solution to our issues.”

Hallenbeck said, “I believe this commitment to increasing our effectiveness will benefit everyone in the hobby and keep us focused on accomplishing our goals.” ¦