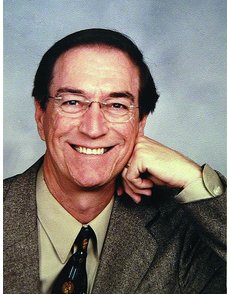 Jeff Shevlin has been named the new executive director of the American Numismatic Association. Shevlin will move to ANA headquarters in Colorado Springs, Colo., in time for the first week of the ANA Summer Seminars.

“I am totally excited,” is the way Jeff Shevlin of California reacted to his appointment as executive director of the American Numismatic Association. The ANA Board of Governors made the announcement on May 25.

Shevlin will begin work at the ANA headquarters in Colorado Springs, Colo., on June 18.

“I plan to start working in Colorado Springs the week before the Summer Seminar so I have a chance to meet with the ANA staff and get ready to greet the ANA members who will be attending.”

Shevlin will oversee 34 employees, a nearly $6 million budget, and major projects that include installing a Kids Zone at the Edward C. Rochette Money Museum and relaunching the new www.money.org site in the next year.

Shevlin’s background is in information technology, and he has experience managing large organizations and major projects.

“I’ve been in management and leadership positions for 28 years, and when I was considering retirement I decided I wanted to do something in numismatic leadership,” Shevlin said.

He describes himself as a “passionate numismatist since the 1980s.” When the ANA executive director position opened up, it was “my top choice,” he told Coin World.

In August 2011, the ANA Board announced it had placed executive director Larry Shepherd “on administrative leave during an organizational review process.” No specifics were provided by the board.

Shepherd was named executive director of the ANA March 7, 2008, and signed a one-year contract. He signed a five-year extension in October 2008.

In September 2011 the ANA board unanimously voted to “end its employment relationship” with Shepherd.

In December 2011 the ANA began taking applications for the executive director position.

The Executive Search Committee reviewed applications from more than 50 candidates, some with numismatic backgrounds and some with nonprofit backgrounds, according to an ANA news release. These were narrowed to 11 candidates, and eight were interviewed during the ANA National Money Show in Denver in May.

The final four candidates were interviewed by the entire board. The board unanimously voted to select Shevlin as the new executive director.

Shevlin said his top priority is to “get engaged with the board of governors and get my arms around the strategic plan.”

To that end, Shevlin said he has developed a plan for his first 100 days as executive director. He said the plan involves learning about specific considerations from the board of governors, the ANA staff and the ANA members.

“I want to work on transparency, form a communication plan and foster teamwork,” Shevlin said.

One way Shevlin hopes he can engage the board of governors is to have board members individually “step up to be an executive sponsor for major projects.”

He envisions such sponsorship as individual board members taking the lead to communicate and promote a specific project and then get feedback from the membership.

Shevlin said he would also like to see the board join him in active fundraising.

“My intention is to develop policies and procedures related to fundraising because there are really lots of opportunities,” Shevlin said. “I believe there are two shared responsibilities between the executive director and the board of governors — leadership and fundraising.”

Among the issues he will have to consider is the frequency with which the ANA conducts conventions. In 2010 the ANA Board implemented a plan to anchor its two annual shows — a spring National Money Show and a summer World’s Fair of Money instead of moving them to different locations around the country. The board also voted to add a third show to its schedule, with the first held in October of 2011.

Shevlin said his obligation “is to implement the wishes of the board and membership” but he has a personal opinion about the frequency and location of future ANA shows.

“I think when the ANA extended its show schedule to three shows it overtaxed the staff’s ability,” he said. “I think we should focus more on the goals and mission of the ANA and I think those are [accomplished] with two shows in different locations around the country.”

The board announced on May 11 that it was ending the fall show after the 2012 edition in Dallas.

Shevlin said he is looking forward to meeting members attending the Summer Seminar sessions June 23 to July 6 and listening to what they have to say about the ANA.

Shevlin encourages members to contact him with suggestions or comments by email sent to him at shevlin@money.org. ¦