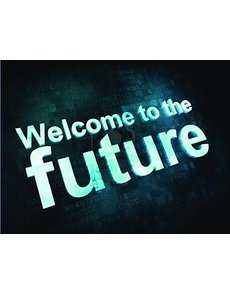 By changing the names of its membership categories, the ANA is hoping to help secure the group’s future by making membership more prestigious. This image was included in the ANA’s presentation to its board of governors.

A budget for the new fiscal year and a renaming of the American Numismatic Association’s membership categories were approved by the ANA Board of Governors during its conference call board meeting on Dec. 10.

Gold members and Associates will be Silver members.

A Silver membership will remain priced at $14 a year and must be sponsored by a Gold or Platinum member.

Gold membership is priced at $28 a year and is the Basic membership with the addition of a digital subscription to the ANA’s monthly journal The Numismatist.

The highest level is Platinum at $46 a year and, consistent with the current Regular membership, members receive a print edition of the magazine.

Drawing from the endowment

The board held little discussion at the open session on the passing of the budget for the new fiscal year which runs November 2013 to October 2014. While board members provided statements when voting to approve the budget, ANA President Walter Ostromecki said that the budget had been discussed “at length” during the closed session where there were “a lot of concerns.”

Ostromecki characterized the budget as realistic and said that the ANA was working diligently on a plan to provide a balanced budget in the next three to five years.

The budget anticipates operating expenses of $5,574,381 along with $776,195 for various capital expenditures including $625,595 for development of the ANA’s website, www.money.org.

The bulk of the capital expenditures are to be drawn from the ANA’s endowment.

A majority of the board members who participated on the phone call — governor Laura Sperber was absent — voted to approve the budget.

Only governor Gary Adkins voted no on the budget, citing his fiduciary responsibility to the ANA as a board member, warning that it was not financially responsible as it draws on the endowment to pay operating expenses. He said that the ANA is “kicking the can down the road” by using funds from the endowment.

Adkins added that he thought that spending down the endowment was only a temporary fix to a long-term problem that needs to be addressed.

The ANA had been working with a provisional budget that was passed at the Oct. 22 meeting. A full vote on the budget was delayed at that time, pending further examination of revenues and expenditures. At the October meeting, projected revenues for the 2013 to 2014 fiscal year were forecast to come in lower than in prior years, with declining revenue from the sale of convention auction rights blamed as a key culprit.

The ANA does not currently disclose how much income it receives from auctions.

In a press release announcing the board’s approval of the first-quarter expenditures, Treasurer Larry Baber said, “We are on firm financial footing overall; the board simply wants to take some extra time to find ways to make up for reduced revenue.”

ANA marketing and communications director Jake Sherlock said that from the provisional budget to the passed budget, a total of $152,699 was cut from expenses. Areas that saw reductions include staff travel, professional development, advertising and printing.

Sherlock presented a Powerpoint presentation titled “The value of membership: A New Approach to membership in the ANA.” He said the subject needed the ANA Board’s immediate attention as the proposal addresses the ANA’s budget deficit while it modernizes its membership marketing and could increase membership retention. He warned that waiting to adopt the plan could complicate and increase costs as the ANA builds its new website.

He then characterized the current membership levels of Basic and Regular as “BORING, UNDERSELLING and CONFUSING.”

Sherlock pointed out that currently the ANA cannot auto-bill credit cards for membership renewals and that renewals occur on an annual basis.

Ostromecki said initially that members would be able to comment on the new membership names at the ANA’s 2014 National Money Show in Atlanta, set for Feb. 27 to March 1, but later ANA Executive Director Kimberly Kiick clarified that the proposal needed to be passed at the board meeting as it affected the future website designs.

Sherlock’s presentation stated the problem as follows: “Because of the longtime nomenclature (i.e. Basic, Regular), the ANA is not seen as a good value, it is seen as a cheap membership. There is no prestige attached. Member types are too cumbersome and confusing for potential new members.”

Sherlock acknowledged, however, that “?‘platinum’ is no more descriptive of what you actually get with a membership than you get with the term ‘regular,’ other than it does hold more prestige.” He said the new membership approach provided a cleaner, more streamlined way of organizing membership and that individual membership numbers would be retained.

As a possible model for the ANA, Sherlock suggested that the group look to Netflix, a provider of on-demand Internet streaming media that has a monthly, auto-billed subscription that allows users to choose between streaming content or DVDs for $8 per month.

The board unanimously approved a new Bronze Digital Subscription, which provides users with a digital edition of The Numismatist for $4 per month auto-billed to a credit card. It would not be an actual membership. Rather, it would be a gateway to introduce people to the ANA, and monthly billing will be available with a three-month minimum.

That the subscription rate was $2 a year more than current Regular membership was touted at the meeting as a reason that people would want to be ANA members rather than mere subscribers. ¦