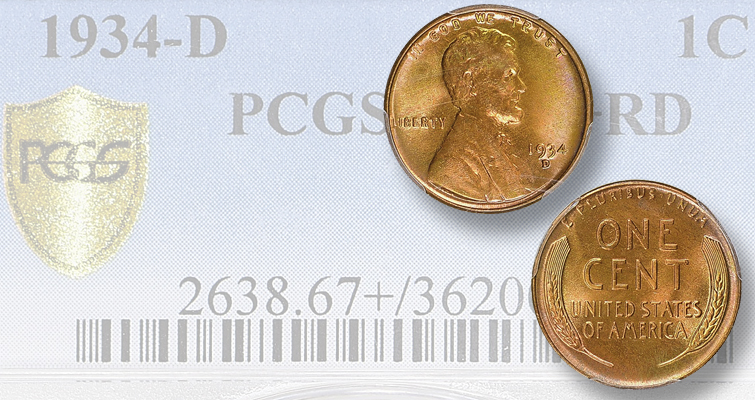 A lustrous 1934-D Lincoln cent graded MS-67+ red brought $8,780.62 on Oct. 14 and is one of four like-graded coins at PCGS (including two examples that were recently certified). 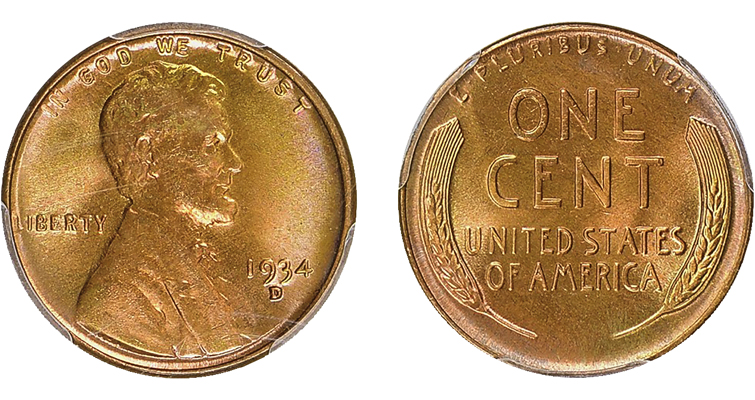 A 1934-D Lincoln cent in an October GreatCollections auction sold for $8,780.62, a price that was well below what another piece in the same grade sold for a few weeks earlier.

The 1934-D Lincoln cent is not the first coin that comes to mind when discussing rare Lincoln cents, although its mintage of 28,446,000 is lower than many in the series.

Like many Denver Mint issues of its era, the typical Mint State representative is found with weakly defined details, since the Denver Mint used dies that had worn down, or simply used inadequate striking pressure in its cent presses.

Professional Coin Grading Service has graded 41 in MS-67 red, and when Stack’s Bowers Galleries offered one of these from the Anne Kate Collection in this grade at its August American Numismatic Association auctions in Philadelphia, the description noted that just two MS-67+ red examples were then certified (it sold for $1,920).

In the following weeks, two more were certified, expanding the reported population of MS-67+ 1934-D Lincoln cents to four. At a Sept. 2 online auction by David Lawrence, a PCGS MS-67+ red example with a green Certified Acceptance Corp. sticker sold for $20,350, making the $8,780.62 that the subject coin brought at an Oct. 14 GreatCollections auction seem reasonable by comparison. 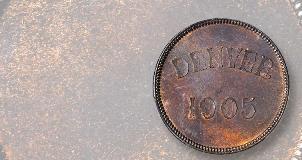 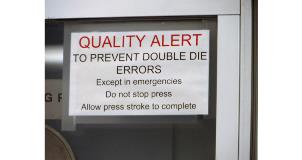 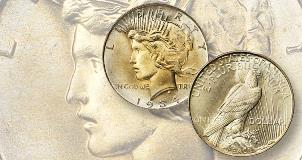