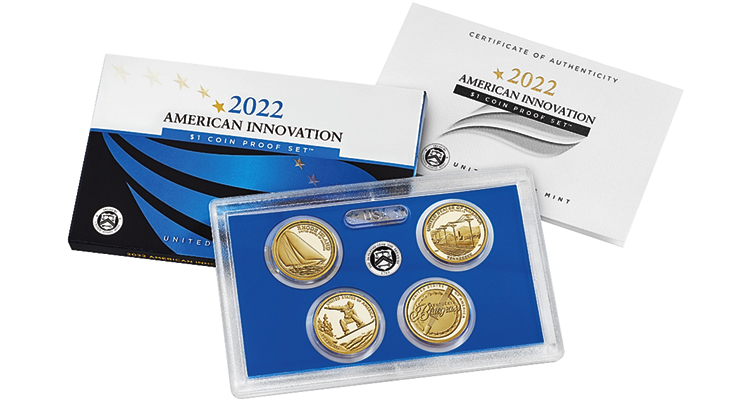 The product, priced at $24, is offered with no mintage or product limit, and without household order restriction, and is also available via the enrollment ordering option.

The American Innovation dollar coin program began in 2018 with a coin bearing the series’ common obverse design depicting the Statue of Liberty and a reverse design featuring stylized gears and George Washington’s signature as it appears on the first United States patent. Four dollar coins annually are being released through 2032, honoring innovators and innovations from all 50 states in the order the states ratified the Constitution of the United States or were admitted to the Union, and then the five territories and the District of Columbia. Each will carry the Statue of Liberty obverse design and a unique commemorative reverse design for the respective place represented.

Vermont’s dollar depicts snowboarding, a sport whose history connects to the state, with an airborne snowboarder performing a trick called the “melon grab,” according to the Mint.

Bluegrass music is honored on Kentucky’s dollar with a reverse design that uses the coin’s round shape to depict a close-up image of a titled banjo, onto which KENTUCKY BLUEGRASS and the designer and engraver’s initials are applied.

Newly installed power lines follow a road alongside a farm on the reverse of Tennessee’s American Innovation dollar, which recognizes the electrification of the rural Tennessee Valley by the Tennessee Valley Authority. The New Deal program built 16 hydroelectric dams between 1933 and 1944, mitigating flooding and helping the state become “the nation’s largest public utility supplier,” according to the Mint’s website.

The set’s standard U.S. Proof coins have matte devices and mirrored fields. The San Francisco Mint’s S Mint mark is inscribed on the edge of each coin.

Rolls and bags of Uncirculated versions of the first two 2022 American Innovation dollars went on sale earlier this year — Rhode Island’s on Feb. 23 and Vermont’s on April 26.

Roll and bag sales totals per the U.S. Mint’s May 30 sales report were: 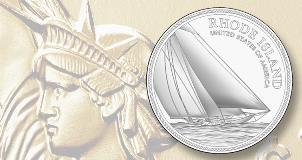 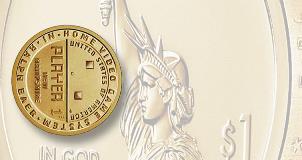 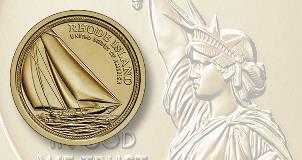