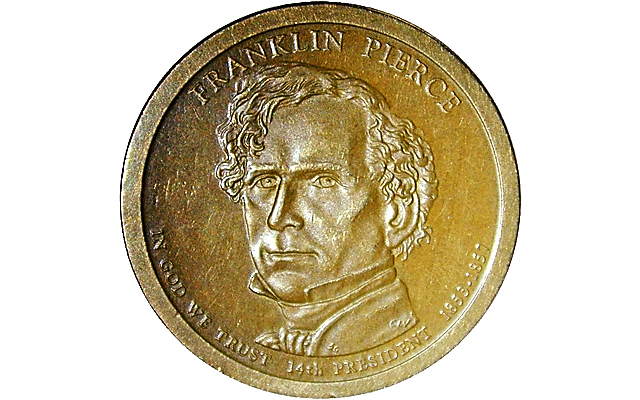 This month’s list of fun finds is so long that it would be impossible to show you images of all the interesting coins that I was able to add to my “Found in Rolls” collection.

By concentrating my roll searching efforts on cents, half dollars and small-sized dollar coins, I got a real kick out of the variety of collectible coins that turned up.

Strangely, other than the single 1930 coin, I found no other coins from the decade of the 1930s.

I found many cents dated in the 1950s, with one particular piece being especially noteworthy. One 1955-S cent made an appearance amongst the rest of the older Lincoln cents in one of the rolls.

Having found a few of these in my previous roll-searching escapades, I wasn’t totally surprised to find one. My discovery of this coin immediately carried me back to my childhood and thoughts of that one empty hole in my Lincoln cent album. Indeed, when I was a kid the last opening to be filled in my 1941 to present, Whitman coin folder, was the 1955-S cent, with its comparatively low mintage of 44.16 million pieces!

I was able to obtain $350 worth of small-sized dollar coins. The rolls contained a fairly even distribution of Anthony, Sacagawea, Native American and Presidential dollars.

The very first roll that I searched produced an Anthony 1979-P Wide Rim (Near Date) dollar. Later in 1979, the obverse of the Anthony dollar was modified to widen the border around the rim, resulting in a more valuable and collectible coin than the first version.

Although they show marks of circulation, the two Presidential dollars are a first and a second for me, as they are the only two Proof coins of this category that I’ve ever found while searching through rolls.

All in all, I had a great month of roll searching! How about you?