A Mercenarys guide to the rare coin market 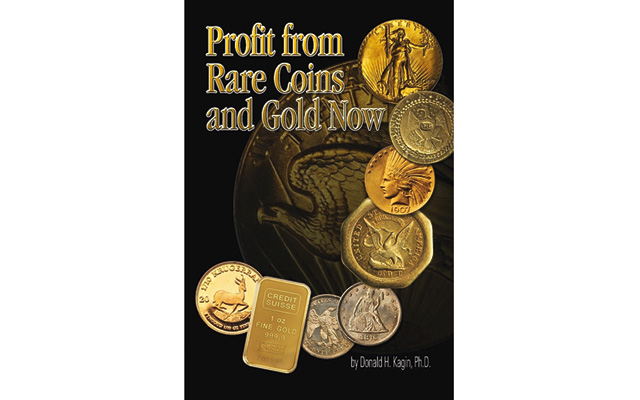 PCGS co-founder David Hall’s 1987 book titled "A Mercenary’s Guide to the Rare Coin Market" provides insight about “the numismatic facts of life” as well as a cover unlike other coin investment books of the day (and since).

It starts off with a bold title.

Just a look at the cover establishes that David Hall’s 1987 book A Mercenary’s Guide to the Rare Coin Market is unlike other books on coin investment published in the 1980s.

Although many of its chapters were published years earlier as essays, the book is contemporary with the birth of Professional Coin Grading Service, which Hall co-founded and opened for business in February 1986.

Hall writes that the book took 15 years to write and “the lessons were learned the hard way and believe me, the tuition was extremely high.” He tells readers, “If you follow the strategies in this battle manual, I’m convinced you can avoid the tuition and fully benefit from the exciting world of the rare coin marketplace.”

In its introduction, the book outlines four basic types of coin dealers that are still relevant 25 years later.

Likewise, the benefits of coin investing are similar to what they were in 1987, as are the numismatic facts of life which came from an article Hall first wrote in 1979.

The hard fact: there are no bargains in coins and those who look to make huge profits off of consistently finding wildly undervalued coins in the marketplace may be disappointed.

Hall refers to his own experience, saying that, even though he considered himself an aggressive buyer, at the time much of his dealer-to-dealer coin show sales consisted of buying a coin for $200 and selling it for $250. A modest profit individually, but on the aggregate it can be impressive.

He writes, “When I first started traveling the coin show circuit, one of my most startling realizations was when it came to actual rare coin values, many of my previous ‘idols’ weren’t all that sharp.” He wrote in 1979 that he believed that perhaps 100 or so dealers really understood rare coin values.

Thirty-five years later, that number may still be true, even with the huge amount of resources now available due to the internet capturing and organizing information that was not available decades ago.

A key point in the book centers on values. Hall writes: “Coins do not have absolute values. Coins have relative values which are constantly changing.” To clarify this statement, he points out that price guides don’t buy and sell coins, rather they provide a catalog value for a coin.

Additionally, he warns that mintage is not always relevant and that collectors should focus on the surviving number of examples and should concentrate, not on mintage, but on availability.

Finally, Hall writes: “Prices can be determined only when coins are on the market. It is very difficult to pinpoint prices of unavailable coins.” He advises collectors to look for coins that are difficult to purchase at current prices and to compare relative prices within a series.

In terms of quality, Hall noted something that was absolutely predictive of the market decades later, in advising that “high quality coins increase in value faster than off-quality coins.” He wrote: “The best quality is in the greatest demand and, therefore, prices on high quality coins increase more rapidly. If you cannot afford to buy Gem gold, buy Gem Mercury dimes. If you cannot afford to buy Gem Mercs, buy Gem Roosevelt dimes. Do not settle for less than the best.”

Considering that this was written before grading service registry sets and the demand for high-grade modern coins, a collector taking Hall’s advice would have been well-served.

Ultimately, the secret to successful rare coin investment isn’t necessarily a secret. It is to pay a fair price for properly graded coins. He writes: “The easiest thing to do in the rare coin market is to spend money. It’s not quite as easy to receive fair value.”