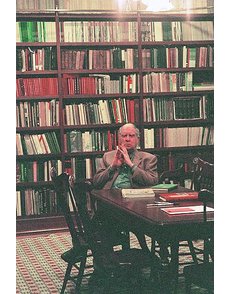 The topics covered in my last three columns — The Fantastic 1804 Dollar; the rare bound proof edition of that great book; and The Secret of the Good Samaritan Shilling — have one common factor: they were written by Eric P. Newman, either by himself or in partnership with others.

Eric is a living national treasure with a lifetime of jaw-dropping hobby achievements. He once owned all five 1913 Liberty Head 5-cent coins simultaneously, and he still owns the unique “George Washington President” pattern in gold that was probably Washington’s “pocket piece.”

In my past three columns, I’ve discussed two of the books, only the tip of his literary iceberg. If American Colonial paper money is your passion, the fourth edition of Eric’s The Early Paper Money of America is indispensable. If your Colonial collecting interests center on coins, you will need to read his Coinage for Colonial Virginia. If early federal issues are your focus, read The United States Fugio Copper Coinage of 1787.

Writing these masterpieces has not left Eric too busy or arrogant to help young scholars. In 1988, when another towering figure in numismatic literature, Q. David Bowers, published my first numismatic book, he asked Eric to write its foreword. The subject was Pierre Eugene Du Simitiere, who immigrated to the American colonies in 1763, eventually settling in Philadelphia, where he became one of the nation’s pioneering coin collectors.

Eric had been the first to call the numismatic world’s attention to Du Simitiere’s collecting activities, in The Early Paper Money of America, but he nonetheless wrote a generous foreword for my book, and also corrected some other errors before it was published.

Lately, I’ve noticed certain Internet sources that name Eric as the author of The Eagle That is Forgotten. I haven’t tried to correct them; after all, what could be more flattering than to have people think that your book was written by a living numismatic treasure?