‘Double rims’ and false rims arise in many circumstances 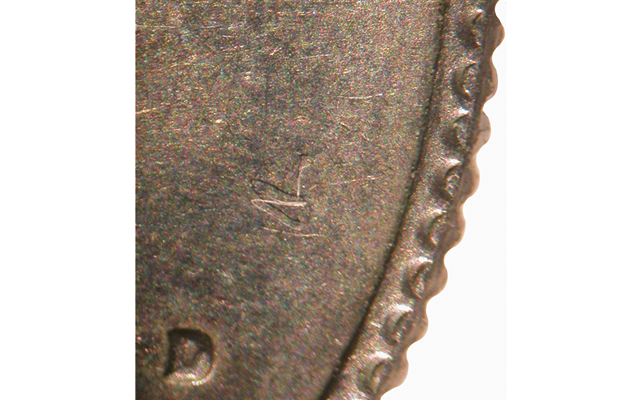 The right side of the obverse design rim of this 1976-D Washington quarter dollar shows a set of serrations that are the hallmark of collar clash. 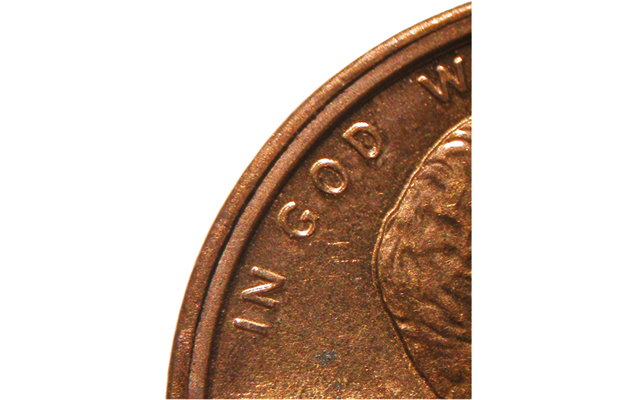 Increased localized striking pressure generated a sharp “fin” on the left side of this 1993 Lincoln cent. 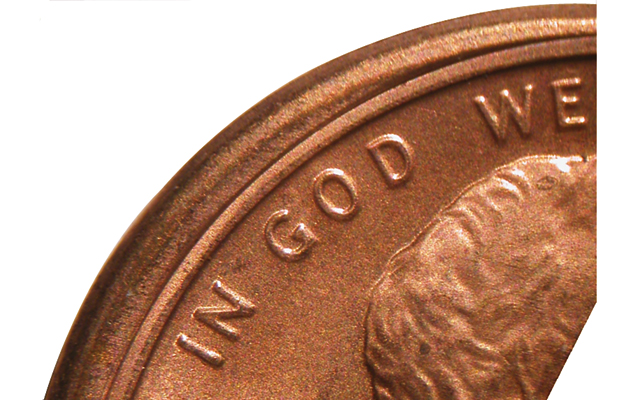 A modest horizontal misalignment of the obverse (hammer) die produced a double rim effect on this 1988 Lincoln cent. 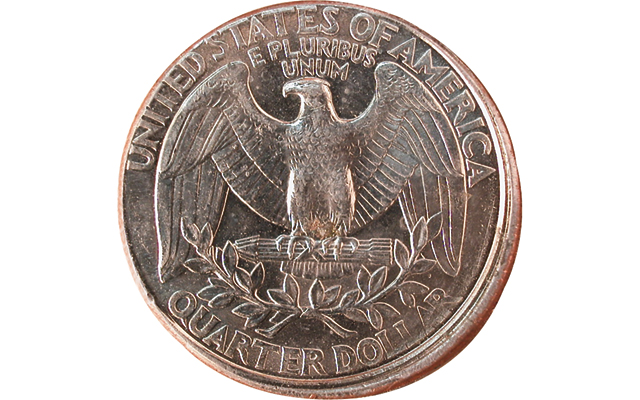 A thick vertical flange appears lateral to the design rim in this slightly off-center 1998-P Washington quarter dollar. It is the result of a stiff collar. 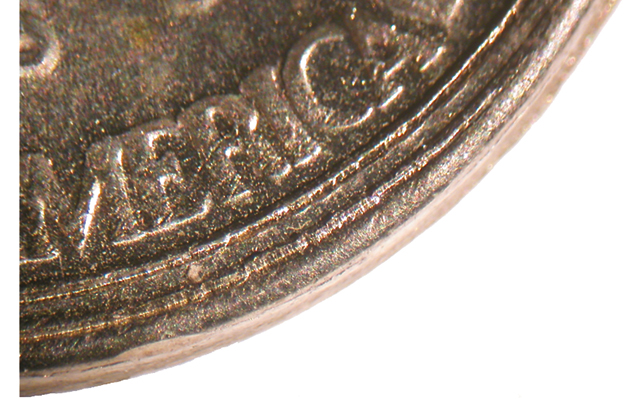 Two rim-like elevations appear in the southeast quadrant of a 1999-P Jefferson 5-cent coin. It’s one of the less impressive stutter strikes produced by this malfunctioning press. 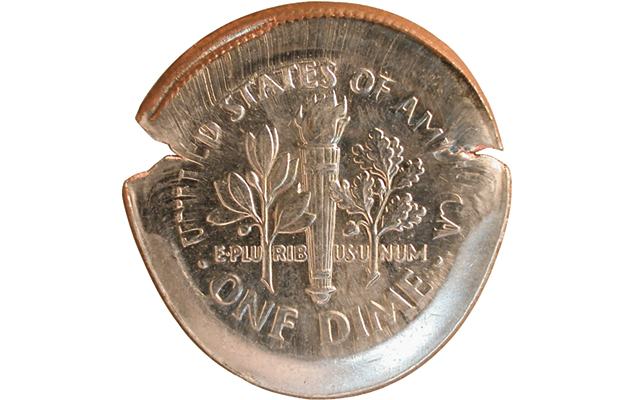 The northern perimeter of this broadstruck and brockaged 1999-P Roosevelt dime shows a false rim produced by transient contact with a stiff collar.

In numismatics the term “rim” is a nonspecific nightmare. Virtually any elevation at the perimeter of a coin or planchet has been designated a rim. The two legitimate types of rims are outnumbered by a plethora of false rims that represent manufacturing defects. True rims themselves need to be distinguished by appropriate terminology.

The first rim to form in the coin production process is generated when a blank passes through the upsetting mill. This device rolls and squeezes a blank to a smaller diameter while simultaneously pushing up the perimeter to form a low “proto-rim.” Once the proto-rim has formed, the unstruck disc of coin metal is called a planchet.

Various forms of die damage, die breakage, and die deformation can generate the appearance of a double rim. One source is collar clash, which is best seen in reeded issues. In a typical collar clash, a temporarily misaligned hammer die collides with the top of the collar or scrapes along its working face. The ridges on the collar’s working face carve a matching set of grooves into the outer edge of the die’s rim gutter. Once the die returns to center, its serrated margin is transferred to every planchet it strikes. The illustrated 1976-D Washington quarter dollar shows these serrations.

Many different striking errors can create a double rim effect. When overall striking pressure is too high, or if striking pressure is increased at one pole due to die tilt, coin metal squeezes into the narrow gap between die neck and collar, leaving the coin with a thin vertical flange that is called a “fin.” The illustrated 1993 Lincoln cent shows a low fin.

A slight horizontal misalignment can create a double rim effect as well. The illustrated 1988 Lincoln cent shows the design rim and, lateral to it, a narrow crescent of metal that bulged up between the die neck and collar.

It should be noted that collar clash, finning, and a horizontal misalignment can all be present as part of the same compound error.

Partial collar errors often create a double rim effect as the coin’s edge squeezes over the top of the collar and bulges past the design rim of the face struck by the hammer die.

Stiff collar errors almost always lead to a double rim effect. In a stiff collar error, one pole of a poorly centered planchet becomes trapped between the descending hammer die and a collar that is frozen in the “up” position. The trapped metal is forced upward, creating a thick vertical flange that lies lateral to the design rim. The opposite face shows a rounded shoulder. The illustrated 1998-P Washington quarter dollar displays a typical stiff collar error on its reverse face (struck by the hammer die). More information on stiff collar errors can be found in the Aug. 25, 2008, Clearinghouse.

Type I stutter strikes also depend on a stiff collar and can demonstrate a double rim effect when the separation between the primary and secondary (definitive) image is slight. The reverse face of the illustrated 1999-P Jefferson 5-cent coin (struck by the hammer die) shows two closely-spaced rim-like elevations in the southeast quadrant. (See the Dec. 28, 2009, column for more.)

A stiff collar can also generate a false rim when its beveled entrance is grazed by an expanding planchet. Occurring in conjunction with a beveled edge, these false rims are the defining feature of “forced broadstrikes” and are often seen on the opposing faces of indents or partial brockages. A beveled edge and false rim positioned well lateral to the design is seen on the reverse face of a broadstruck 1999-P Roosevelt dime with a large partial brockage (see the Jan. 10, 2011, column for more details).