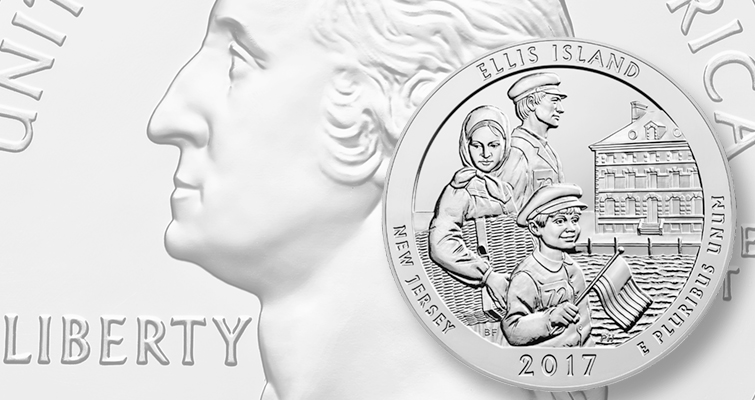 The bullion version of the 2017 Ellis Island National Monument 5-ounce silver quarter dollar was set to go on sale from the U.S. Mint to its authorized purchasers on Aug. 28.

The price will be based on the closing London PM spot price of silver plus a premium of $9.75 per coin.

The designs on the 5-ounce silver quarter dollars replicate those that appear on the 24.3-millimeter coins struck for circulation or for collector sets.

The reverse, which is New Jersey’s entry in the America the Beautiful quarter dollar program, depicts an immigrant family approaching Ellis Island with a mixture of hope and uncertainty. The hospital building is in the background.

The 3-inch 5-ounce .999 fine silver bullion coins are not sold directly to the public but to a group of authorized purchasers who then sell the pieces into the secondary market at a small markup.

Production is initially planned at 120,000 bullion coins and 30,000 Uncirculated pieces. Should bullion demand exceed 120,000 coins, their production can be increased and fewer Uncirculated coins produced, so that combined mintages do not exceed 150,000 coins.

The Uncirculated 2017-P version of the 5-ounce silver coin will go on sale from the Mint directly to collectors at noon ET Sept. 7, priced at $149.95 per coin. 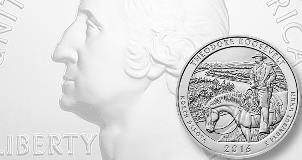 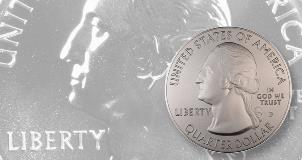 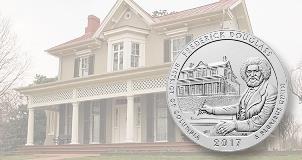