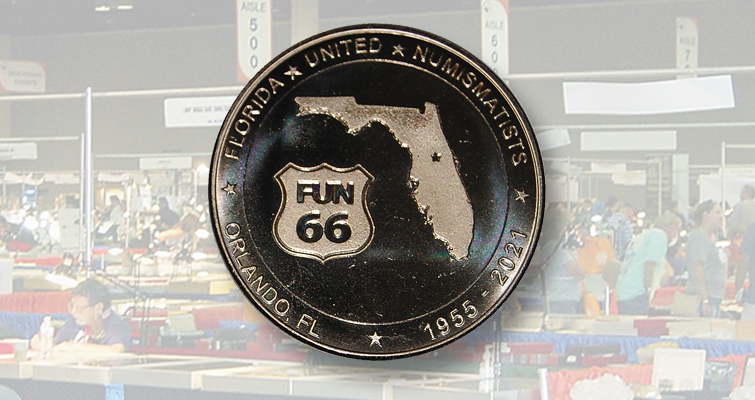 Visitors to the 15th annual Summer FUN passed temperature checks and submitted liability forms prior to admission to the hall hosting the event in the Orange County Convention Center.

All images by Larry Jewett. 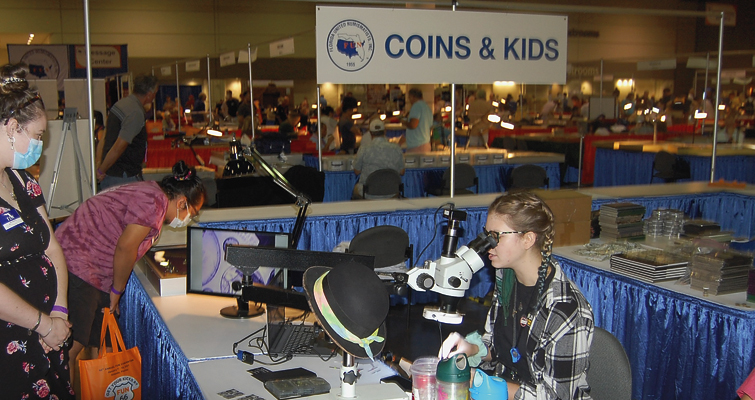 All images by Larry Jewett.

The air of anticipation gave way to joyous relief when the ribbon cutting ceremony took place to open the 2021 summer Florida United Numismatists show at the Orange County Convention Center in Orlando.

For organizers of the event, as well as the thousands who made their way to the bourse floor for the three-day event, it was time to get back to a better way.

“It was very exciting,” recalled Florida United Numismatists convention coordinator Cindy Wibker. “For most of us, these are like family reunions. We have all missed the shows, the people and the activity around them. This signals that we’re back up and running. It was an absolute joy.”

Like most organizations throughout much of 2020 and parts of the current year, FUN officials watched their activities grind to a halt because of pandemic restrictions. The summer 2020 FUN convention was canceled. Attempts were made to get the annual January FUN Convention to become reality in 2021, but conditions made it impossible and that event was canceled for the first time, a difficult but necessary decision, club officials said.

With the opening of the July show, the past became a distant memory, replaced by the present that offered a complete sellout of over 250 available bourse tables, a resumption of cherished activities and reports of brisk business throughout the show.

The event could not have happened without certain concessions that needed to be made. Temperature checks and liability forms were required daily. FUN organizers absorbed the cost of additional temporary personnel for the screening and registration requirements. Participants were required to wear masks upon entry into the hall, but the masks were quickly shed once participants were on the floor. Social distancing was encouraged and common sense took over. No one wanted to be the cause of bringing activity to an unwanted halt.

The elements associated with past FUN shows picked up where they left off. The shows attract clubs from throughout Florida, who bring members by bus to attend the event. “We normally have four or five clubs that bring their members in by bus,” Wibker said. “This year, we had four, but a few of the clubs said they had fewer members. We expected that it will take some time to build it back.”

A separate room near the bourse floor offered viewing of auction lots for the Heritage FUN sale, which would not be held at the show in 2021. The decision was made to conduct the event a few days after the show at Heritage’s Dallas headquarters.

As usual, there was no shortage of activity to entertain the young collector. In the kid’s area at the center of the floor, special displays included games and information as well as an opportunity for the youngsters to embark on a scavenger hunt with several stops throughout the floor. Hobo nickel carver and coin educator Abby Zechman provided a demonstration station of work in creating the appealing coins.

Area Girl Scouts and Boy Scouts seeking the Coin Collecting merit badges turned out in large numbers on the show’s final day. “We never know how many [Scouts] we’re going to get each year, but we usually have between 35 and 40,” Wibker. said “This year, we had 55 Scouts come out to the show. That is really encouraging to see the young people interested like that.”

At the rear of the floor, visitors could find the educational exhibits as well as the Piedmont Gold Panners, where young and old alike could hunt treasure and learn about the famous Reed gold mine, where the precious metal was first discovered in the United States.

The increase in the number of tables was brought on by a combination of dealers anxious to get back to “normal” and a contingent of dealers who normally only display at the January events. For those who chose to experiment, results were generally favorable. Most reported the show met or exceeded their expectation.

“This show has been excellent,” said Andy Wedding, consignment director for GreatCollections. “We didn’t really know what to expect, but we’ve had steady traffic and a lot of interest. Everybody we’ve talked to has been great and everyone seems very happy to be at a show. It’s our first major show in a while and really allows us to be connected.”

The excitement extends to what lies ahead as the FUN website counts down the days to the 67th annual FUN Convention, which will be held in the larger North-South building of the Orange County Convention Center on Jan. 6 to 9, 2022. “We are so pumped and excited now that we have this one under our belts,” added Wibker. “We’re looking at over 600 booths for that show and we have started working on it with what we have learned from this one. There is a lot of momentum. Everyone seemed so happy and that was gratifying to all of us. We appreciate everyone’s comments and support.” 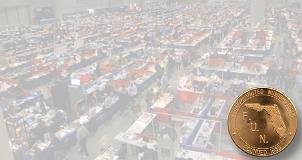 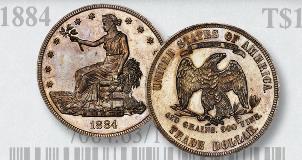 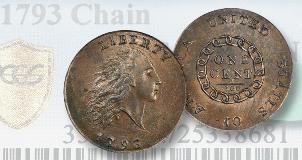