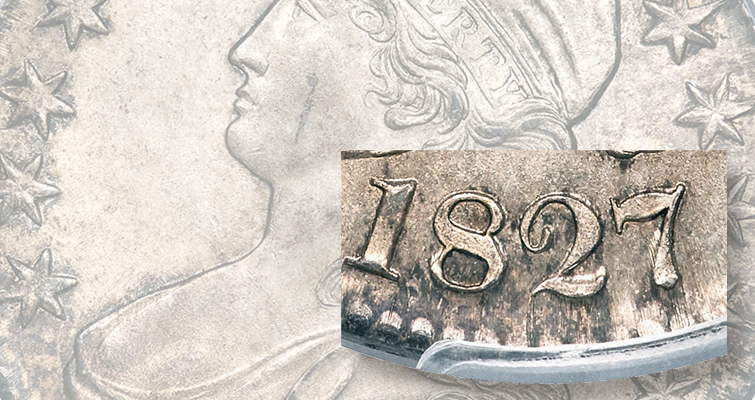 Among the columns exclusive to the March issue of “Coin World” is a “Coin Values Spotlight” article focusing on the date styles found on 1827 Capped Bust half dollars like the Curl Base 2 example shown.

Two distinct date styles were used that year: one with a Curl Base 2 and another with a Flat Base 2. Multiple die marriages exist for both, with the more common ones very affordable in lower grades, Paul writes.

To learn more about the 1827 Capped Bust half dollars and how the market is doing for them, read Paul’s column, exclusive to the print and digital editions of the March 18 issue of Coin World.

Collectors’ Clearinghouse: What causes ‘cupping’ on a coin?

In explaining what can happen, Mike explores various scenarios that might explain how cupping occurs and illustrates the error with photos of three different coins.

To learn more about these errors and more, be sure to read the weekly “Collectors' Clearinghouse” column, now found only in the print and digital editions of Coin World.

In his responses to questions from several readers, Steve Roach explains why some people collect coinage dies and how to pick what die varieties to look for.

On the responses in his “Readers Ask” column in the March 18 issue recommends that collectors look for newly identified die varieties. These are pieces that have not received a lot of attention yet, which means that they could be cherrypicked from dealer inventories. Steve also explores the reasoning behind collecting dies.

For more information about these two topics and much more, read the “Readers Ask” column, appearing only in the print and digital editions. 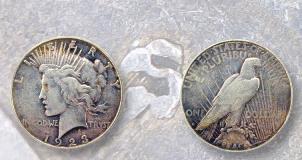