Inside Coin World: Buy the holder, not the coin 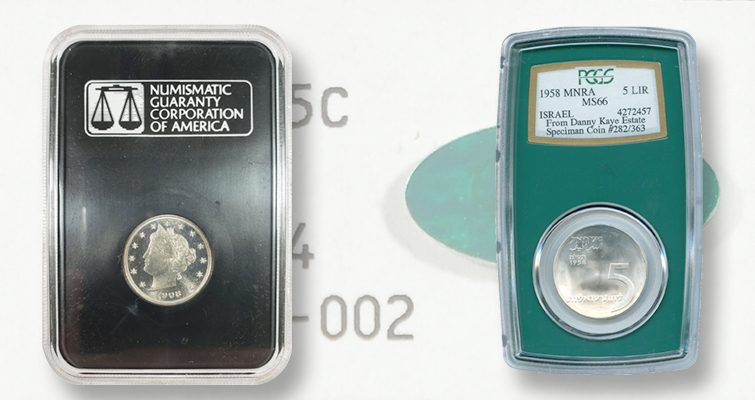 For some collectors, there mantra is: Buy the holder, not the coins. These collectors seek out such things as rare holders, holders from closed grading services, sample slabs and slabs with error labels.

Cover feature: Buy the holder, not the coin

In his cover feature for the April 2019 issue of Coin World, senior editor Jeff Starck writes about collectors who flip the conventional wisdom — Buy the coin, not the holder — and advocate a different approach to collecting: Buy the holder, not the coin.

Third-party grading services have encased coins in hard plastic holders since the 1980s. During that time, holder styles have changed, and grading firms have been founded and gone out of business. For some collectors, preserving the history of the older holders means collecting coins in long-abandoned slabs. When a rare slab comes to market, the holder, not the coin, is the main draw to these specialists.

Jeff also writes that slab-oriented collectors also pursue sample slabs handed out as premiums to customers, error slabs, and much more. To read Jeff’s feature, see the digital and print editions of the April monthly issue of Coin World.

Under the Loupe: The last dime of its kind

Treasury and Bureau of the Mint officials in 1955 determined the nation had more coinage production capacity than it needed, and thus decided to close the San Francisco Mint in March of that year. Just two coins were struck there, one of them being the 1955-S Roosevelt dime.

As news of the closing spread, collectors and dealers immediately hoarded Uncirculated rolls of the dimes, anticipating that they would be in demand. The mintage was fairly large, so they are not rare, but being the last circulating dimes to bear the S Mint mark, they are popular with collectors today.

In my “Under the Loupe” column, I explore the origin of the 1955-S Roosevelt dime and the market for the coin. To learn more, see my column, exclusive to the print and digital editions of Coin World.

In his feature in the World Coins section of the April monthly issue, Mark Benvenuto looks at Spain’s exploitation of the New World’s vast quantities of silver and how it changed the world’s coinage.

Spain went to the New World in search of gold, among other things, and while gold was found, silver proved to be more plentiful than anyone could have imagined. Silver was pulled from mines, mints were opened in the new lands, and the silver was converted into coins that were then shipped to Europe and around the world.

Mark explores the various coins issued and suggests some pieces that collectors might want to seek. Read his feature in the April monthly issue of Coin World, available to subscribers in both print and digital forms. 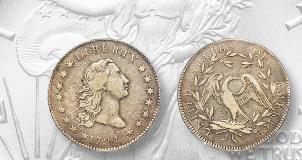