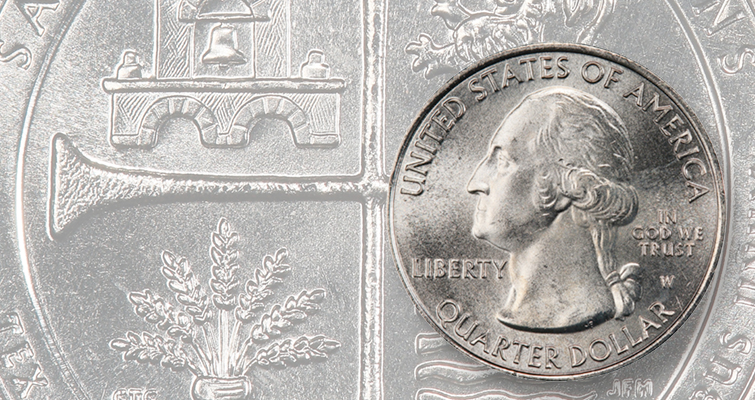 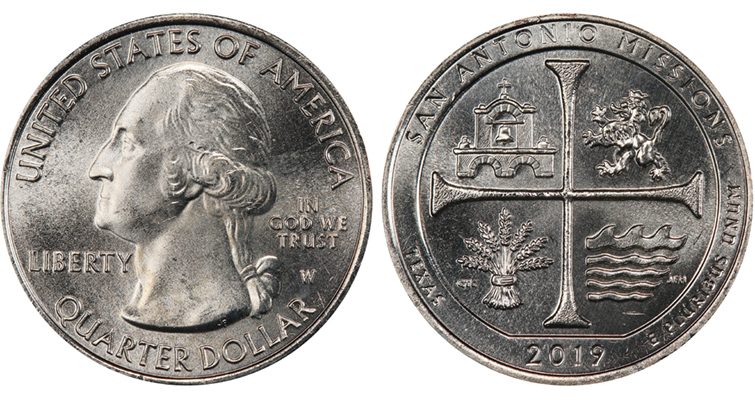 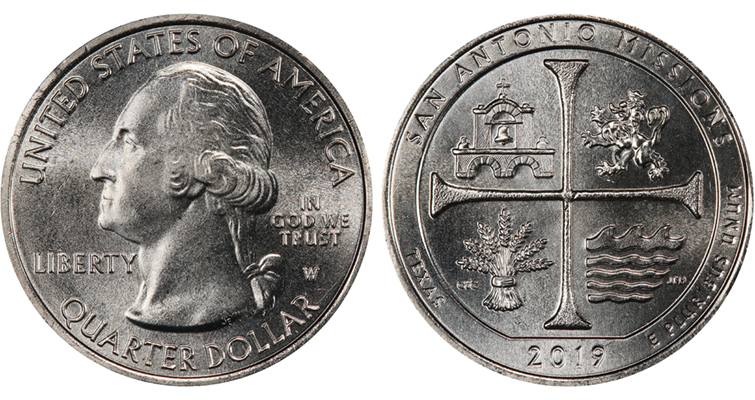 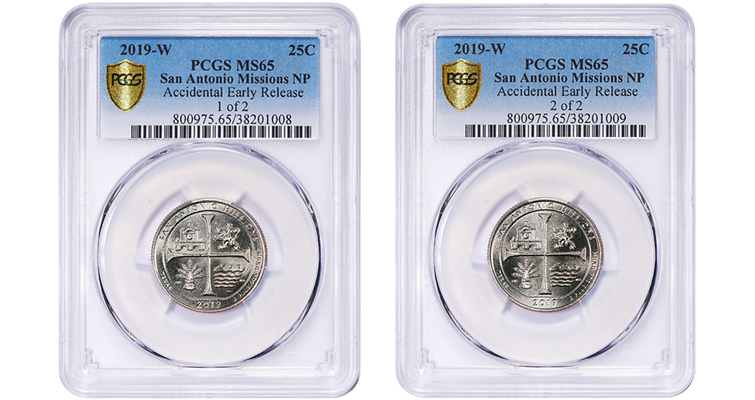 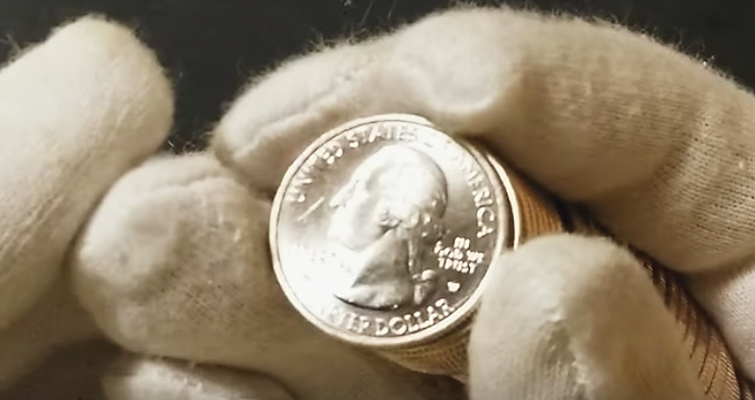 Texas collector Michael V examines the 2019-W San Antonio Missions quarter dollar he found as the sixth coin salted in the first of 50 rolls of output from the Denver Mint.

An unknown number of 2019 San Antonio Missions National Historical Park quarter dollars, including some 2019-W coins, were released into circulation before their intended Aug. 26 target date.

Coin World spoke with the collector, who said he searched through 2,000 coins and found 14 2019-W quarter dollars.

“Michael told us he began collecting less than a year ago and was inspired to search for coins by watching roll-hunting videos on YouTube,” said PCGS President Brett Charville.

“He said he loves ‘the concept of getting more value from something you get from the bank.’ His pre-release discovery of these coins proves yet again that the hunt is always on,” Charville said.

As part of its Quarter Quest promotion to mark the release of the San Antonio Missions coin, PCGS is offering special label pedigrees for the coins and a $2,000 reward to the first person who submitted the first quarter dollar to arrive in-house at PCGS on or after Aug. 26.

Full details on the promotion can be found online at www.pcgs.com/2019quarterquest.
Moment of discovery

In anticipation of the quarter dollar release, Michael V acquired a $500 face value box of quarters from the Wells Fargo Bank, which contained 50 $10 rolls, or 2,000 coins.

His first 2019-W San Antonio Missions quarter dollar was the sixth coin he examined from the first 40-coin roll of quarter dollars, which otherwise contained 2019-D coins from production at the Denver Mint. The second 2019-W coin he found was located in the 11th roll, he said.

The collector told Coin World in an Aug. 28 telephone interview that, in the final 10 rolls he searched, he discovered 12 more West Point Mint strikes, for a total of 14 coins.

Thirteen of the 14 coins were already sent to PCGS for grading and encapsulation at the time of the interview, with the 14th to be shipped that day.

Michael V said he initially posted some of the coins for sale on eBay, but had no takers, indicating interested collectors questioned how he had obtained coins ahead of the official release  date.

Michael V recorded a 10-minute video of his roll searching Aug. 20 and posted it on YouTube.

The 2019 quarter dollars were rolled in paper wrappers by Loomis, an armored carrier contracted by the Federal Reserve to distribute coinage to its participating banks and financial institutions.

Loomis was formed in 1997 by the consolidation of two armored security concerns, Wells Fargo Armored Service and Loomis Armored Inc.

The U.S. Mint is having the West Point Mint strike only 2 million of each of the five 2019 America the Beautiful quarter dollars.

One million coins each from the total are shipped separately to the Denver Mint and the Philadelphia Mint, and randomly salted into their production.

The aggregate quarter dollar production is shipped from the Philadelphia and Denver Mints, inside 200,000-coin bags, via the designated armored carriers, to their locations across the country.

According to the U.S. Mint, no more than 1 percent of the 200,000 coins in any bag are from the West Point Mint output.

The coins are shipped to the armored carriers’ locations from the Mint production facilities well in advance of the targeted release date. The coins are distributed on a first-in, first-out basis, without specific plans. With the State quarter dollar program, in contrast, specific coins could be requested from the Federal Reserve by local banks and financial institutions. 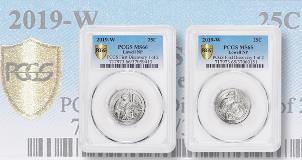 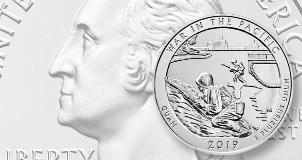