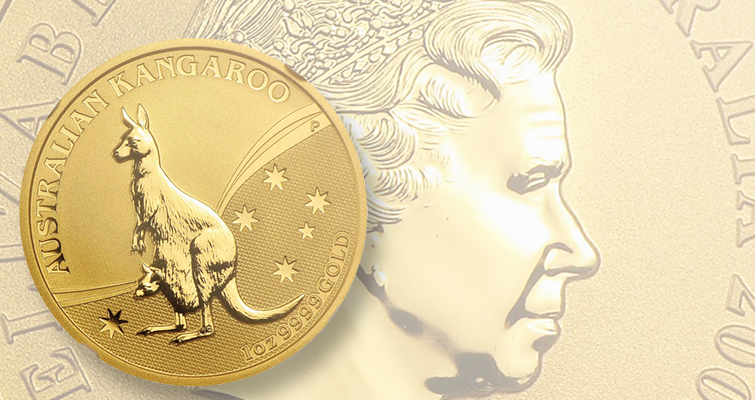 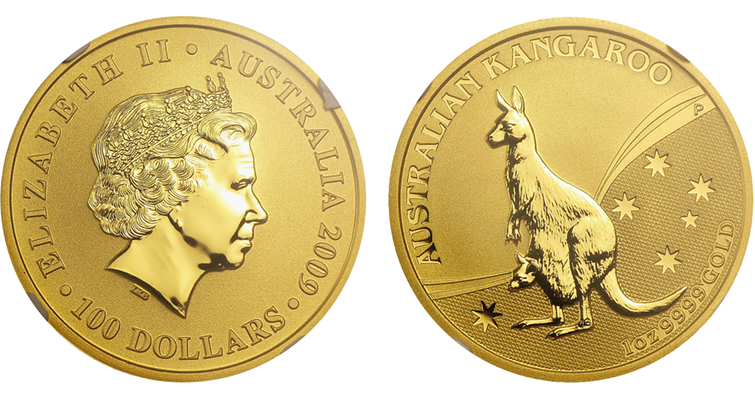 Illustrated is a genuine 2009-P Australian $100 gold Kangaroo coin that was graded Mint State 69 by Numismatic Guaranty Corp.. A Minnesota man has been charged with selling a counterfeit example of the coin in a counterfeit NGC holder with the grading label bearing the same grade.
Previous
Next

A man charged with selling allegedly counterfeit coins in fake Numismatic Guaranty Corp. and Professional Coin Grading Service holders to pawn shops in the Minneapolis area will get his day in Minnesota state court Sept. 25.

Eric Michael Johnson, 28, from Waite Park, Minnesota, is named in a July 31 complaint filed in Minnesota’s 7th Judicial District in Stearns County, charging him with one felony count of theft by swindling.

If convicted, Johnson faces a maximum sentence of up to five years in prison and/or a fine of up to $10,000.

The offenses allegedly took place at Pawn America shops in Anoka and St. Cloud, and a Max It Pawn shop, also in St. Cloud.

The counterfeit coins alleged to have been involved in the transactions, as well as the counterfeit grading services holders in which they were encapsulated, are:

Boche was coincidentally at the pawn shop to pick up surveillance video to corroborate Johnson’s alleged earlier sales when a shop employee alerted the investigator that Johnson was in the store trying to sell an NGC MS-69 Australian 2009-P Kangaroo $100 coin.

The coin and holder were both subsequently determined to be counterfeit. The issue is supposed to be a 1-ounce .9999 fine gold piece.

In a Mirandized statement, according to the July 31 complaint, Johnson admitted to purchasing coins on the Chinese website, Aliexpress. A check of the website on Aug. 30, 2017, by Coin World found offers of 2015-dated Australian $100 “replica copy” gold pieces for $3 each, but the pieces bore no markings indicating they were copies.

The pieces bear the designs and weight and gold fineness legends of the genuine issues.

According to the complaint, Boche’s investigation was triggered Feb. 16, 2017, when he was notified by a collector that the 1909-O half eagle he had purchased for more than $5,000 in a PCGS holder from Pawn America in St. Cloud had turned out to be counterfeit, as was the holder.

The collector informed Boche he had fallen on the ice on his way home after his purchase, and the corner of the coin holder was broken. When he brought the piece to Central States Coin shop to resubmit it to PCGS for reholdering, he learned the coin and holder were both counterfeit.

An unnamed member of the Industry Council for Tangible Assets Anti-Counterfeiting Task Force played a role in Johnson’s apprehension.

“While this may appear to be a small case, it is important to understand that this type of illegal activity is happening throughout the United States,” said Beth Deisher, director of anti-counterfeiting at the Industry Council for Tangible Assets. “The ease with which dishonest people can order counterfeit coins and bars from China and sell them in the United States makes it a crime of opportunity.”

Deisher noted that coins offered at below market value, particularly from a Chinese seller online or from unfamiliar sellers in the United States, have a high probability of being counterfeit.

“It’s best to deal with professional coin dealers whose credentials you can check and from those who have been in business for years,” Deisher said. 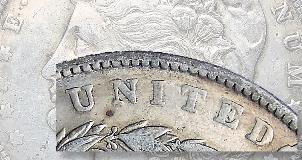