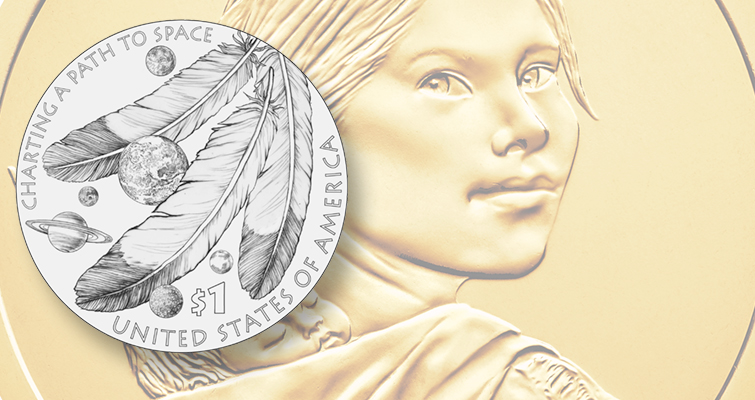 The CCAC endorsed a design for the 2019 Native American dollar showing three golden eagle feathers amid the planets. 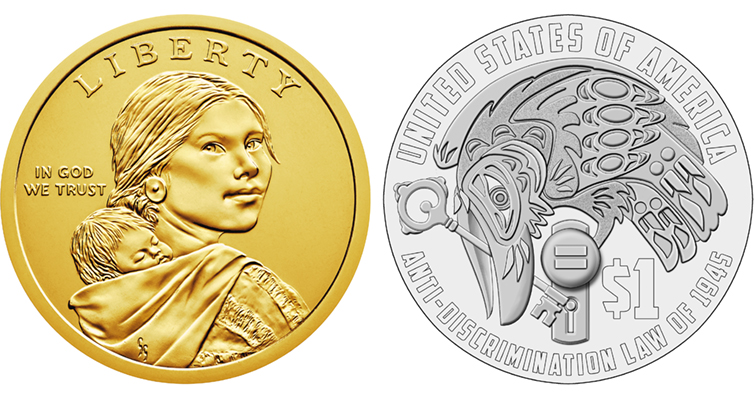 For the reverse of the 2020 Native American dollar, the CCAC endorsed a symbolic design showing a raven perched on a door lock grasping a key to unlock the door. 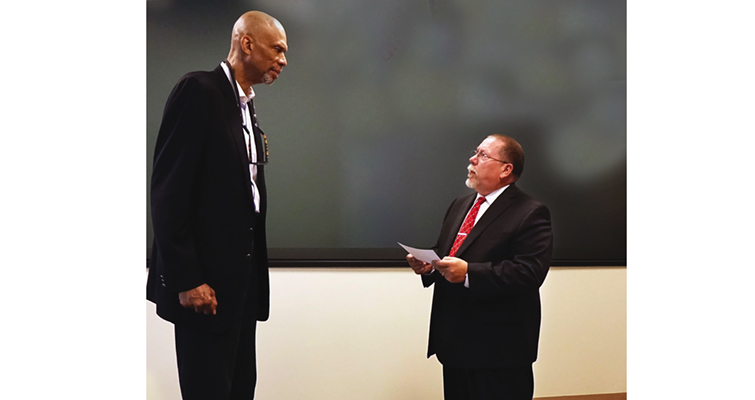 Kareem Abdul-Jabbar is administered the oath of office June 21 as a member of the Citizens Coinage Advisory Committee by David Motl, acting principal deputy director of the U.S. Mint. 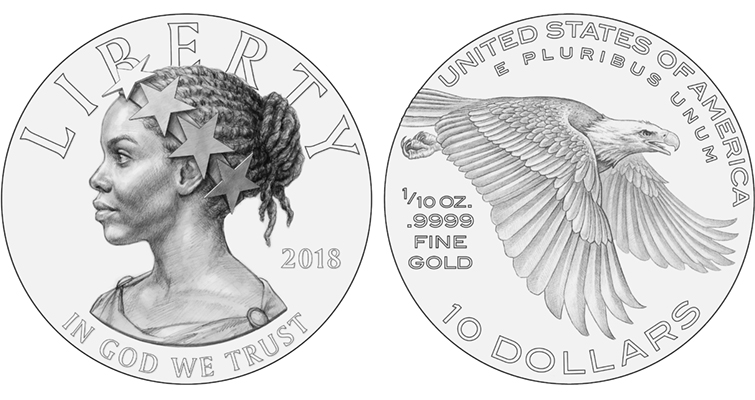 The CCAC pushed for the proposed 2018 American Liberty tenth-ounce gold $10 coin to launch an entirely new series with designs changing annually. Shown are the Mint’s proposed designs for the 2018 coin. 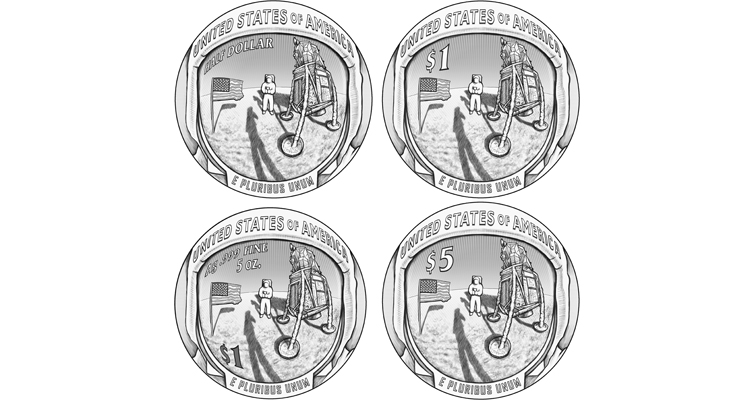 While the CCAC endorsed the same Apollo 11 commemorative coin designs June 21 as the Commission of Fine Arts did six days before, the CCAC urged the Mint to spell out the denominations rather than render them numerically.

The Citizens Coinage Advisory Committee split with the Commission of Fine Arts on how two planned Native American dollars for 2019 and 2020 should be designed.

As currently recommended by Mint officials, the Proof 2018 fractional gold coin is to feature the obverse and reverse designs being used for the 2017-W American Liberty gold $100 coin and five American Liberty .999 fine silver medals.

The tenth-ounce coin is likely to sell for between $200 and $300 and be struck at the West Point Mint, CCAC members were told by Mint representatives at the June 21 CCAC meeting.

Other details, such as mintages and whether this coin will start a new series, were said to still be under discussion internally at the Mint.

CCAC member Erik Jansen urged the Mint to offer the coin at the “lowest possible price,” saying it could lure new collectors to the coin hobby.

While the CCAC’s agenda was packed with review of proposed designs for U.S. coins and medals, what the CCAC members are likely to remember most from their June 21 meeting in Washington was not the debate over those coin and medal designs but the arrival of their panel’s newest member.

Former basketball star Kareem Abdul-Jabbar formally took his seat on the committee at the meeting, telling his fellow collectors how he became involved in the hobby. Adbul-Jabbar participated from remote locations for two previous CCAC meetings before his formal swearing in June 21.

The first thing Abdul-Jabbar collected was stamps, but he grew weary of them in grade school.

He became a “gold bug” in the early 1970s and later returned to the hobby as a more serious collector of gold coins, he told the CCAC.

“I learned a lot,” he said of his collecting, adding with a soft chuckle “it’s not a tale of woe — yet.”

The 7-foot-2-inch retired National Basketball Association player said it was “a pleasure to be involved” with the CCAC and that he was looking forward to helping the panel review coin designs.

Abdul-Jabbar contributed comments on the proposed reverse designs for the two Native American dollars the panel reviewed as well as the two congressional gold medals.

His comments showed he had studied the proposed drawings before the meeting and had wondered why the artists included certain details.

When he asked why one drawing of a proposed design with three Filipino veterans showed one with a straw hat and another sketch showed the veteran with a bandana instead, he was told the bandana wearer was disliked because he “looked like a gangster.”

The CCAC differed with the Commission of Fine Arts over the reverse designs for a 2019 and 2020 Native American dollar.

It rejected the CFA’s proposed reverse for the 2019 coin, a design that Jansen predicted “will be a mess” if picked as the final design.

That design shows Native American Mary Golda Roos writing a calculation with a rocket roaring off a launch pad and an astronaut hanging over the design.

Instead, the CCAC endorsed a design showing three golden eagle feathers amid the planets.

Told by their historian member Herman Viola that eagle features were an important symbol to Native American Indians, the CCAC members voted to urge the inscription on the design be changed from “Charting a Path to Space” to “American Indians in Space.”

For the 2020 Native American dollar reverse, the CCAC also differed from the CFA. The CFA had endorsed a design showing Alaska native Elizabeth Peratrovich with the symbol of her Tlingit Raven moiety.

The reverse honors Peratrovich for pressing for one of the first anti-discrimination laws in the U.S. It which was enacted by the Alaska Territorial Government in 1945.

Instead the CCAC endorsed a symbolic design showing a raven perched on a door lock grasping a key to unlock the door.

Committee members said this choice would prevent the coin from becoming a double-headed coin because the obverse carries the image of Sacagawea, the Native American guide for the Lewis and Clark Expedition.

The committee did agree with the CFA on the common reverses of a set of four curved coins to be issued in 2019 to mark the 50th Anniversary of the Apollo Moon landing.

Both panels endorsed the same series, which is based on a photograph showing a moon scene reflecting Astronaut Neil Armstrong, the lunar lander and an American flag. However, the CCAC voted to urge the Mint to write out the value of the four denominations instead of using numerals on the reverses.

The obverse for the coins will be selected in an open design competition overseen by a jury panel that consists of three CFA members, three CCAC members, and the Treasury secretary.

The three CCAC members will be Thomas J. Uram and Jeanne Stevens-Sollman from Pennsylvania and Erik Jansen from the state of Washington.