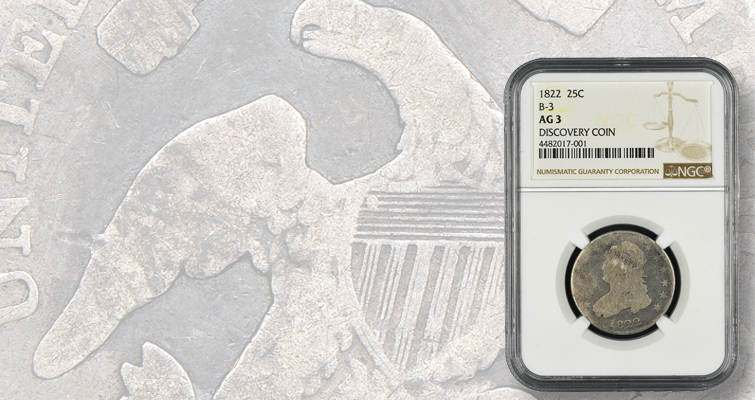 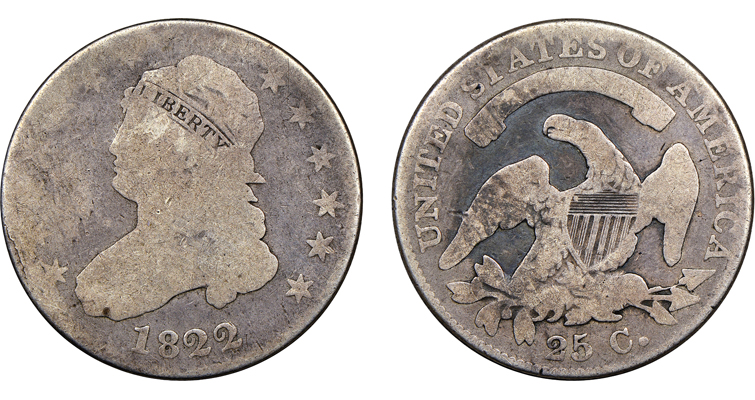 The 1822 Capped Bust quarter dollar, Browning 3 variety was struck with Reverse T that was used for later die marriages.

A new die marriage has been attributed for the 1822 Capped Bust quarter dollar, bringing the number of known varieties for the date and denomination to three.

Numismatic Guaranty Corp. authenticated, attributed and graded the coin About Good 3. The variety is cataloged as Browning 3, following the system set forth in Ard W. Browning’s seminal 1925 reference, Early Quarter Dollars of the United States 1796–1838.

The discovery coin was submitted to NGC by its Illinois owner at a show after the collector initially contacted Heritage Auctions.

The collector sent photos of his coin to Heritage President Greg Rohan, who shared them with senior numismatist Mark Borckardt and cataloger John Sculley.

Heritage officials advised that the collector meet with NGC’s director of numismatic research, David W. Lange. Lange examined the coin before acceptance for certification, and it was submitted along with other coins.

The unidentified collector has not disclosed his plans for the coin, according to Heritage and NGC officials.

According to NGC, “The subject coin is worn in a pattern that suggests the dies were not perfectly aligned.”

The coin exhibits a small planchet lamination on the obverse at the 8 o’clock position.

According to NGC officials, “Reverse T is easily identified by its broken upper arrow shaft and lower arrow head. This same die state is seen on the scarce 1823/2 quarters, but the die was subsequently repaired before use with the three later dates. These 1824/2, 1825 and 1828 quarters reveal an engraving scratch from the lower arrow head that attests to its repair.

Die marriage 1822 B-1, according to NGC, combines Obverse 1 and Reverse R (in Browning’s book the reverse dies are lettered sequentially from coins dated 1815 onward).

Karoleff says the discovery of what is now attributed as B-3 will get collectors to examine more closely any 1822 Capped Bust quarter dollars they may have in their collection that could possibly also be a B-3 coin.

Many collectors first look at the reverse of 1822 quarter dollars, Karoleff said, to see if it was struck with the blundered die showing the denomination reading 25/50c, which in Coin World’s Coin Values is listed at $5,500 in Good 4.

Karoleff said many collectors then disregard the possibility they may have something new after determining the reverse is not the blundered die variety.

While the B-3 quarter dollar is a marriage of two previously known dies, the B-3 coin is only the 97th die marriage discovered among Bust quarter dollars dated 1796 through 1838, Karoleff said.

In comparison, the Bust half dollar series, issued with much higher mintages, has 453 identified die marriages.

Additional research needs to be conducted to determine the emission sequence for the use of dies for the 1822 quarter dollars, which will likely require the discovery of a second example of the B-3 coin in a much higher grade than AG-3 to properly clarify die characteristics, Karoleff said. 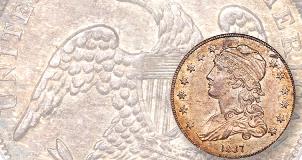 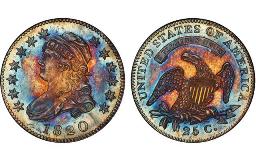