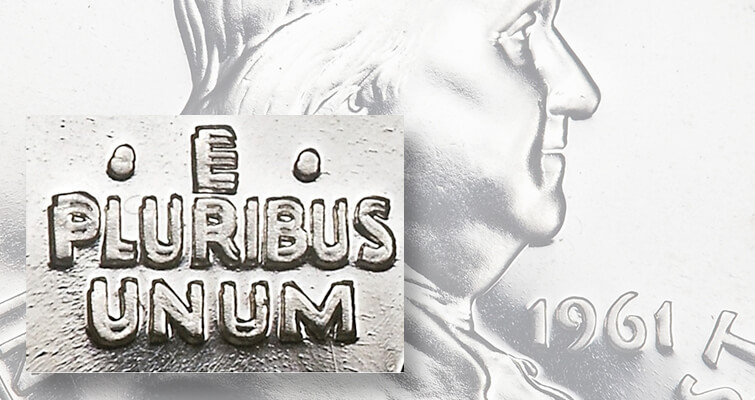 Scott Schechter introduces Coin World readers to a Proof 1961 Franklin half dollar variety that is the series' most interesting. Subscribe to our digital edition to get his profile!

The latest Coin World Weekly issue, dated March 13, 2017, has been sent to the presses, and we have a quick preview of some of the Coin World Magazine exclusives found in our latest digital edition.

The Franklin Half Dollar’s Best Variety

“The most significant die variety in the Franklin half dollar series is a dramatic doubled die reverse that occurs on the Proof 1961 issue,” Scott Schechter writes in his latest Making Moderns column.

It’s a great example of how a particular variety can stand out as a rarity in an otherwise common and unremarkable issue.

Find this article on Page 10 of the March 13 issue

Q. David Bowers’s Tip of the Hat to B. Max Mehl

After many decades of success, Q. David Bowers is today considered a legend of the numismatic hobby, by young collectors.

But who were the hobby hall-of-famers when Bowers was coming up?

Find this article on Page 16 of the March 13 issue

When two objects — a pair of planchets, two coins, or one of each — end up next to one another in the striking chamber, the result is a bizarre error coin known as a chain strike. Adding another disk makes an even greater impression.

Find this article on Page 42 of the March 13 issue

Our Searcher Rolls On

Bill O’Rourke searches rolls of coins for interesting rarities. It’s what he does.

In his latest column, the Coin World columnist details notable Wheat reverse cent finds, as well as a world coin discovered where it doesn’t belong.

Find this article on Page 12 of the March 13 issue