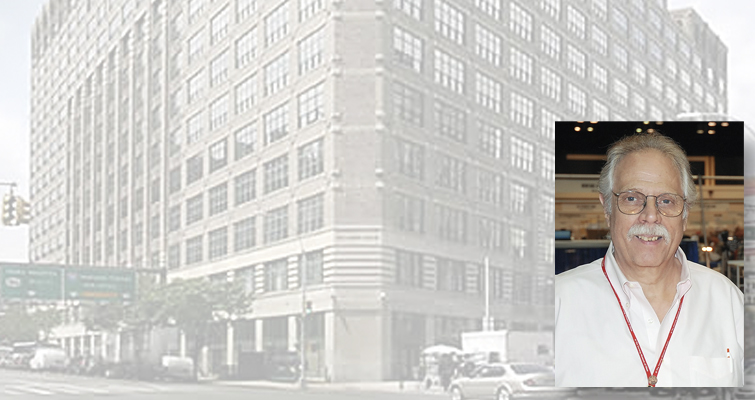 Veteran numismatist Anthony J. Terranova is to be recognized by the American Numismatic Society with its Trustees’ Award at the Annual Gala Jan. 12 at the Waldorf Astoria Hotel in New York City.

The American Numismatic Society (ANS) is pleased to announce that on Thursday, January 12, 2017, it will honor its esteemed patron Anthony J. Terranova with the Trustees’ Award at the Annual Gala at the Waldorf Astoria Hotel in New York City. The distinction of the Trustees’ Award will also be conferred upon the Eric P. Newman Numismatic Education Society and the Newman Numismatic Portal, which have been essential to the Society’s efforts to make its numismatic resources widely accessible online.

Anthony Terranova, ANS Life Fellow and Augustus B. Sage Society member, joined the Society 40 years ago. He was elected Fellow in 1992 and became a Life Fellow in 1995. He has been a member of the Sage Society since 2006.  As a collector, dealer, and researcher in numismatics, he has greatly enhanced the ANS collections with many important donations to our numismatic cabinet, many books, archives and auction catalogues to the Harry W. Bass, Jr. Library, as well as many generous donations. The Society is delighted to acknowledge his exemplary devotion and commitment.

Anthony Terranova is a specialist in early American coinage whose interest in collecting began as a teenager in Brooklyn, with classic United States series. He is well known among early American collectors, not least for the invaluable input generated by his research.  He is the recipient of the American Numismatic Association’s 2011 Farran Zerbe Memorial Award for distinguished service and the Professional Numismatist Guild’s Lifetime Achievement Award in 2006. He is a member of the New York Numismatic Club. The Anthony Terranova Collection of Counterstamped Coins sold at auction with Stack’s Bowers.

Administered through Washington University Libraries in St. Louis, the Newman Numismatic Portal has contracted with Internet Archive for the scanning operation at the ANS Library. Internet Archive is a non-profit organization dedicated to digital preservation of all media. The NNP, sponsored by a $2 million grant from the Eric P. Newman Numismatic Education Society to the Washington University Libraries, began operations in December 2014. It has digitized over 170,000 pages of ANS documents alone to date.

The ANS Library’s entire run of early American auction catalogs, which include those of Frossard, Woodward, Chapman, Elder, and other notable names in the field, were first to be scanned. Unique archival collections such as dealer and collector correspondence, housed in the ANS Library’s Rare Book Room, will also be scanned so they can be accessed on a large scale.

Every year the American Numismatic Society raises critical revenue through Gala ticket sales, program advertisements, sponsorships, contributions, and the proceeds from a live auction. These funds are used to further the Society’s mission of supporting research and education in numismatics.