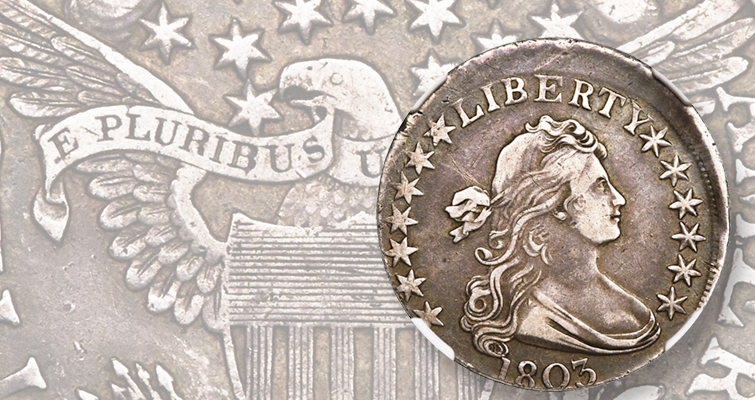 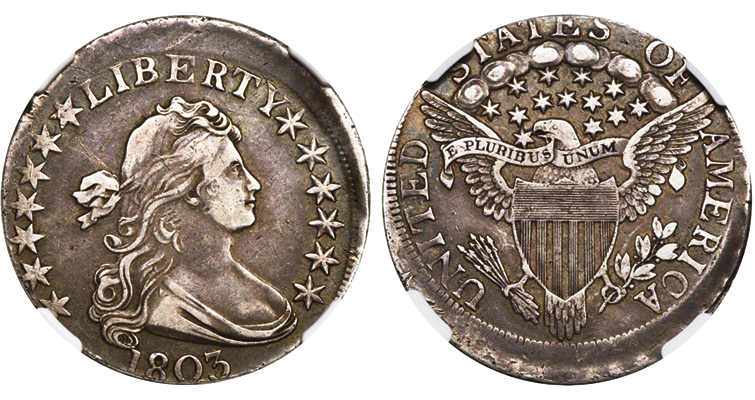 A closer look at both sides of the VF-35 1803 Draped Bust half dollar that was struck 10 percent off-center and sold for $5,405 at a recent auction. 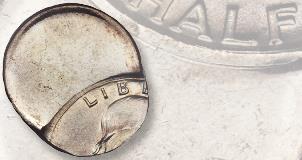 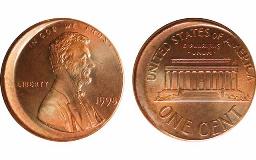