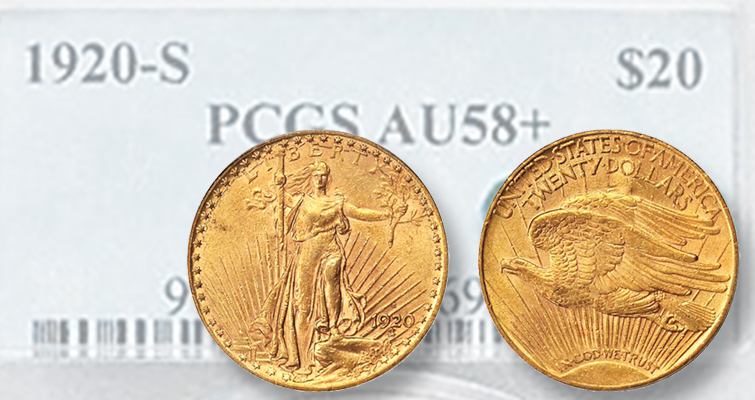 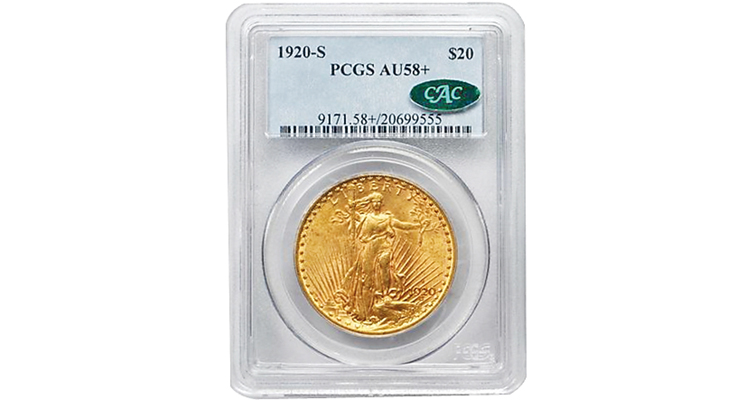 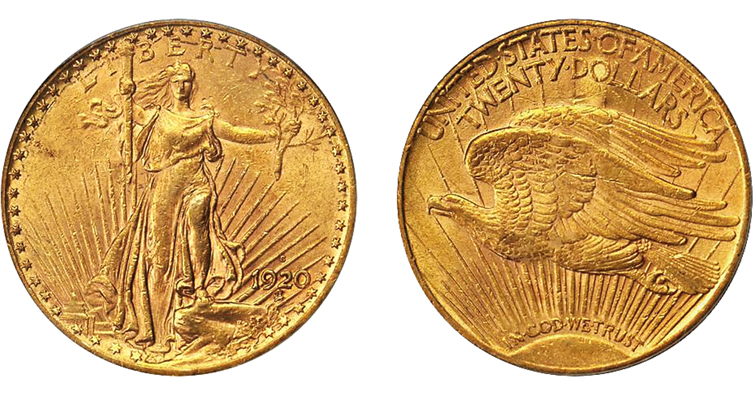 The 1920-S Saint-Gaudens $20 double eagle was widely melted by the government, making surviving examples scarce. Of a mintage of 558,000 pieces, few circulated and today perhaps 100 to 150 survive in all grades.

At About Uncirculated 58+ with a green Certified Acceptance Corp. sticker, this example is as close to Mint State as one will find short of a Mint State 60 or finer grade, with only a touch of rub on Liberty’s leg and the fields keeping it from Uncirculated status.

Among collectible Saint-Gaudens double eagles, only the 1921, 1927-D, and 1930-S coins are rarer. Of course the famed 1933 double eagle, of which one is known in collector hands outside of two housed in the Smithsonian Institution and 10 that are currently the subject of litigation, is considered noncollectible.

Described as “richly original in reddish-khaki patina,” and with both sides “sharply defined with virtually complete luster,” this 1920-S double eagle sold for $44,650. 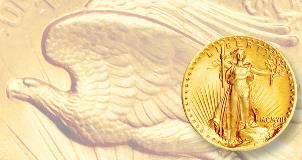 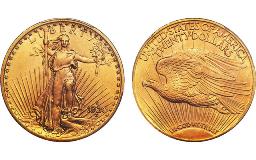