This Day in History: April 4 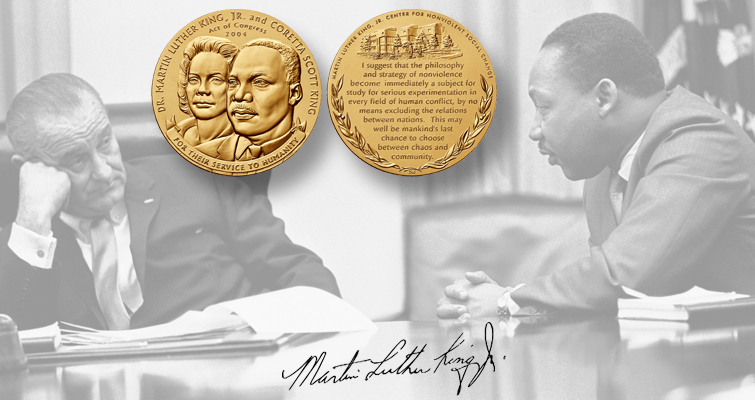 Dr. Martin Luther King Jr. was a strand that tied American civil rights struggles of the 1950s and 1960s together, from the 1955 Montgomery Bus Boycott to the March on Washington in 1963.

It was there in the nation’s capital that he firmly established his reputation as one of the greatest orators in American history with his “I Have a Dream” speech.

But James Earl Ray would cut short the Baptist minister's life on April 4, 1968, at the Lorraine Motel in Memphis, Tenn., as King spoke in support of black sanitation workers. His violent death was in contrast with King’s legacy for advancing civil rights using nonviolent civil disobedience based on his Christian beliefs.

A congressional gold medal was awarded posthumously to King and his wife, Coretta Scott King, in recognition of their many contributions to the nation on behalf of the civil rights movement.

The obverse design features portraits of Dr. King and Coretta Scott King. Beneath the portraits is a banner with the inscription FOR THEIR SERVICE TO HUMANITY. Other inscriptions include DR. MARTIN LUTHER KING, JR. AND CORETTA SCOTT KING along the top of the medal, along with ACT OF CONGRESS 2004.

The United States Mint currently offers bronze duplicates of the medal in testament to the legacy and impact of the famed leader. 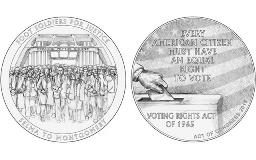 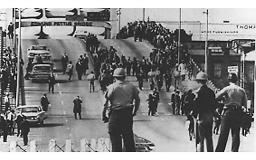 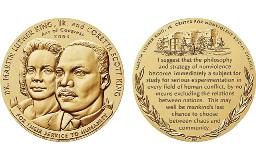