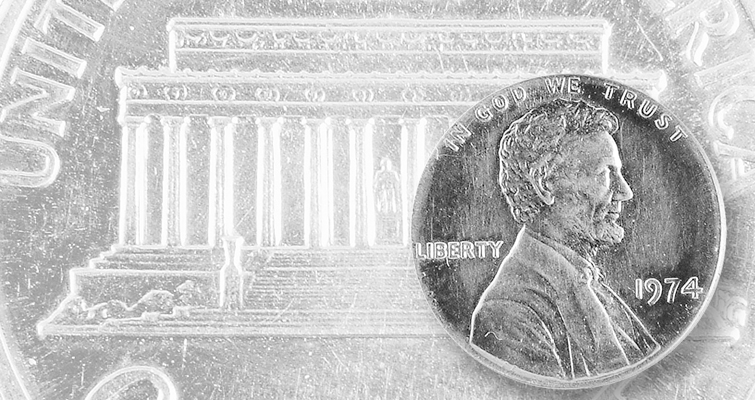 U.S. Mint officials say they could legally attempt to recover the only known example of aluminum 1974 Lincoln cent in private hands. Originally graded ICG About Uncirculated 58, the piece is now encapsulated PCGS MS-62. 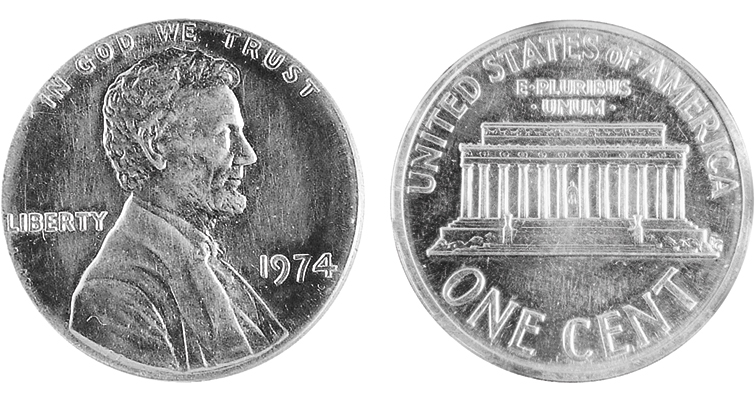 The 1974 Lincoln aluminum cent illustrated was reportedly picked up by a U.S. Capitol police officer after it was dropped by a U.S. congressman who had just attended a hearing on composition alternatives for the Lincoln cent. 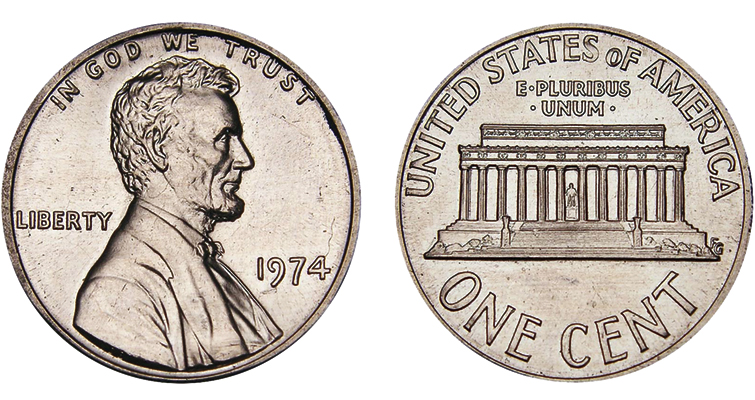 The only other 1974 Lincoln aluminum cent known extant is in the National Numismatic Collection at the Smithsonian Institution.

Now that the U.S. Mint has successfully recovered the aluminum 1974-D Lincoln cent once held by a former Denver Mint deputy superintendent, U.S. Mint officials said they could pursue recovery of the only known Philadelphia Mint-struck 1974 aluminum cent in collector hands if they knew its location.

The extant 1974 aluminum cent that the U.S. Mint is considering to seek return of has been referred to as the Albert P. Toven specimen. The 1974 aluminum cent was reported to have been retrieved by a U.S. Capitol police officer after it was dropped by an unnamed congressman who had received samples from U.S. Mint officials during a congressional hearing on composition alternatives for the cent.

The only other known 1974 aluminum cent extant from that experimental production seeking a composition alternative is in the National Numismatic Collection in the Smithsonian Institution's Museum of American History.

Randall Lawrence, son of former Denver Mint Deputy Supterintent Harry Lawrence, and Michael McConnell, the La Jolla Coin Shop owner in California to whom Randall Lawrence sold the 1974-D aluminum cent in September 2013, turned the coin over to U.S. Mint officials March 17 at the federal building in San Diego, ending litigation to determine ownership rights. U.S. Mint officials contend the 1974-D aluminum cent was never officially authorized and was the property of the U.S. government and illegal to be privately owned.

Randall Lawrence had inherited the 1974-D aluminum cent along with a group of other coins from his father.

The 1974-D aluminum cent was scheduled to be sold by Heritage Auctions in its April 2014 Central States Numismatic Society convention sale, but was pulled by auction officials pending the outcome of Randall Lawrence and McConnell's lawsuit. 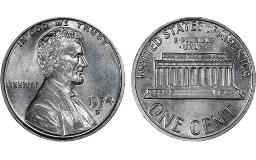