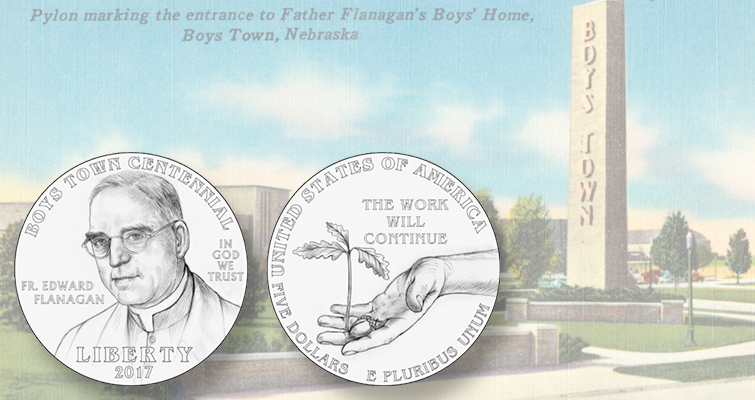 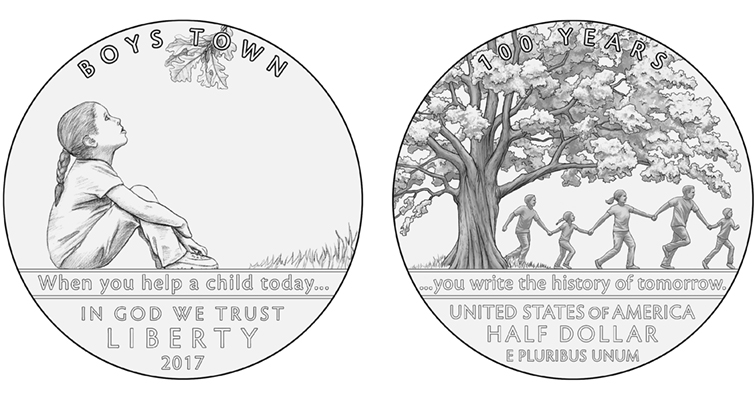 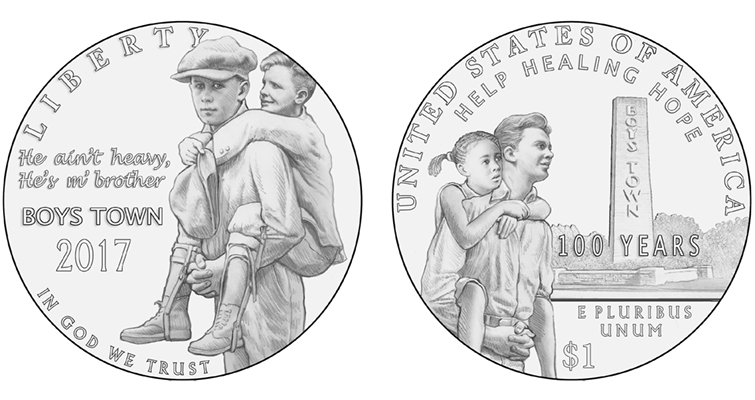 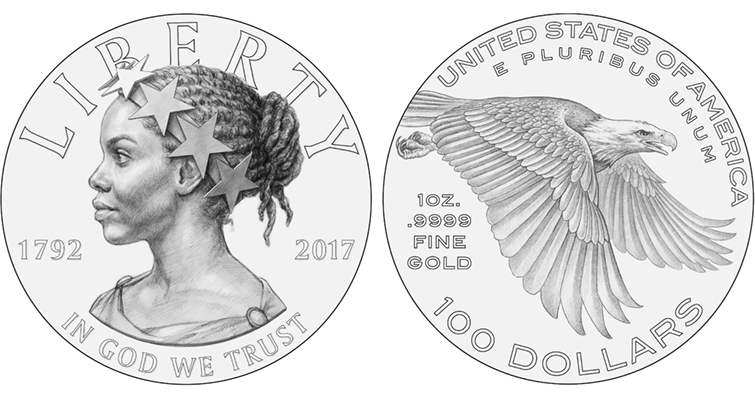 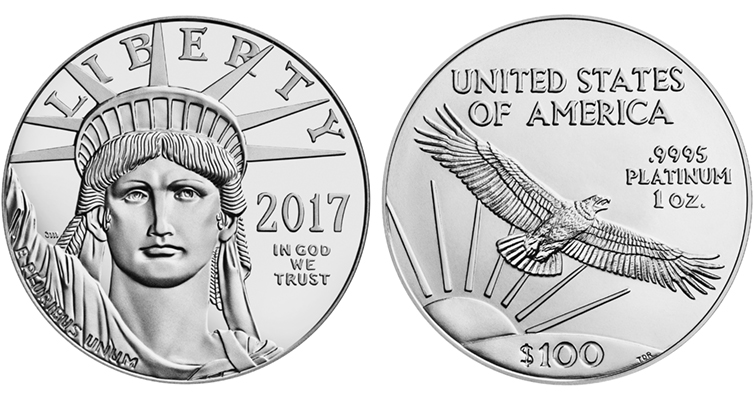 The panel endorsed new designs for an African American woman as a contemporary Liberty figure on the nation’s American Liberty gold $100 coin and got the U.S. Mint to offer them coin designs in pairs — obverse and reverse — selected by coin artists.

Previously for new coins, the review panel had to create the coin by selecting an obverse and a reverse from designs grouped by the side Mint officials designated.

To the surprise of some on the committee, this new way of selecting designs from pairs worked.

All of the recommendations for a set of three 2017 Boys Town Centennial commemorative coins were picked in proposed pairs.

The selection of the new American Liberty figure for the coin so named reflects a long-time goal of members of the committee to place a more contemporary look on the allegorical figures on U.S. coin.

“It will just be beautiful,” predicted CCAC chair Mary Lannin as the panel voted for an obverse image of an African American woman wearing a crown of stars similar to the Statue of Freedom atop the U.S. Capitol.

“This shows Liberty in a new contemporary way,” said Donald Scarinci, a medals specialist from New Jersey, and senior member of the panel.

“[Adolph A.] Weinman and [Augustus] Saint-Gaudens are dead,” he said, referring to two classic U.S. coin designers. “Let’s get over it.”

For the reverse, the panel recommends an image of a flying eagle.

In selecting recommendations for the gold coin and accompanying silver medals, the CCAC had 12 proposed reverses to choose among and 23 obverses, most of which presented female figures who are not the typical “European” women selected for previous Liberty designs.

The eagle designs proposed for the coin’s reverse were not paired with any of the obverses as the Boys Town coin designs were.

The CCAC long has urged the Mint to present pairs of coin designs that are by the same artist or that the artist believes complement each other.

The presentation of the three 2017 set of Boys Town commemorative coins offered an opportunity for the Mint to undertake such an offering for the first time.

It presented 10 pairs of designs suggested for the gold $5 coin for the set, 22 silver dollar pairs and 13 pairs for the copper-nickel clad half dollar in the set.

The committee voted for the designs individually as well as in pairs, a complex voting procedure that had some members fearful that the paired approach would be undone.

But when the dust settled after more than two hours of discussion, the panel had agreed to accept one of the gold pairings and had switched design pairings the Mint had suggested for silver and for copper-nickel clad in its recommendations.

In all, three pairs were endorsed.

For the $5 coin, the panel selected an obverse featuring a portrait of Father Edward J. Flanagan, founder of what became Boys Town in Omaha, Neb.

The recommended gold reverse shows a hand holding a young oak growing from an acorn, a symbol of how Boys Town views its role in helping disadvantaged youths transform themselves into productive adults.

It shows on the obverse a young girl looking up toward an oak twig, and on the reverse a family holding hands beneath a large oak tree. “When you help a child today…,” the obverse says, “…you write the history of tomorrow,” the reverse concludes.

For the half dollar, the panel recommended a pairing from those proposed for the dollar.

The obverse shows an older boy carrying a young polio victim on his back and features the saying: “He ain’t heavy, He’s m’ brother.”

The reverse show a young boy and girl looking at the Boys Town pylon, a landmark and symbol of the institution.

Much of the debate over which designs to select had dealt with a recommended gold reverse that many on the panel said they liked.

But sculptor Heidi Wastweet cautioned against it, saying she fearing the design would be ridiculed by social media because it showed a priest’s hand on the shoulder of a youngster as both look toward the Boys Town pylon in the background.

With convictions reported of priests abusing youth, Wastweet urged the panel not to endorse that design. She didn’t elaborate on why she objected.

Officials from Boys Town said the design was not a problem for the organization, but agreed in the “current climate” it might provoke criticism.

“I don’t have a problem with the hand,” said Scarinci, who called the issue “insulting.”

“You are going to get three good designs,” Michael Moran, another committee member, assured the Boys Town representatives.

The CCAC also gave unanimous support to the Mint’s plan to mark the 20th anniversary of the American Eagle platinum coin in 2017 with a return to the reverse used on the Proof and Uncirculated coins when they were first issued: Mint Sculptor-Engraver Thomas D. Rogers Sr.’s Eagle Soaring Above America.

Also announced at the meeting was that Moran and Scarinci were each renamed by their congressional sponsors to another four-year term on the committee.

The CCAC holds its next meeting June 27 in Colorado Springs, Colo. 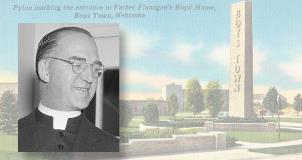