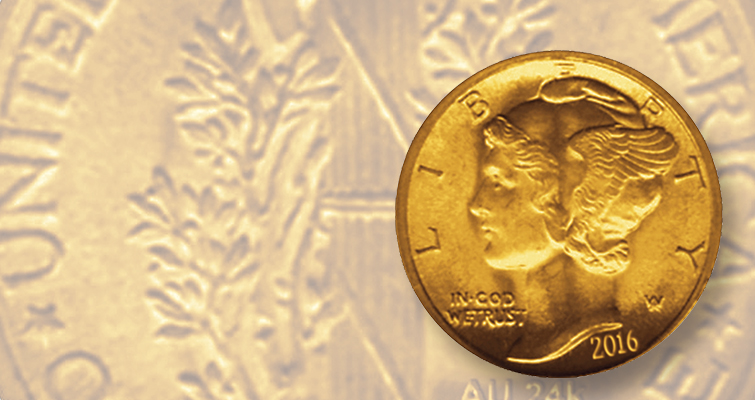 The U.S. Mint plans to launch sales at noon Eastern Time April 21 for the 2016 Winged Liberty Head Centennial gold dime. Shown is a mock-up image of the obverse. 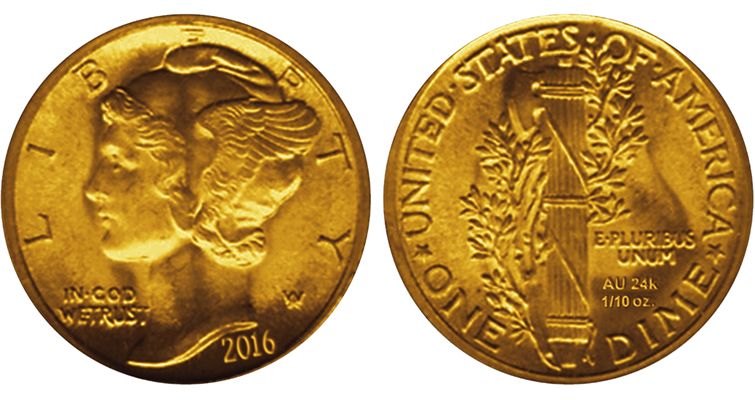 The gold dime is the first of three Centennial gold coins to be issued in 2016, the other two being gold versions dated 2016 of the Standing Liberty quarter dollar and Walking Liberty half dollar. All three coins, originally struck in .900 fine silver, were introduced into circulation in 1916. Illustrated are mock-up images of the prototype, sans Mint mark on reverse.

Without much fanfare, the U.S. Mint posted notice on its website March 9 that sales for the 2016-W Winged Liberty Head Centennial gold dime will begin at noon Eastern Time April 21.

The much-anticipated dime is the first of three Centennial anniversary coins in gold to replicate .900 fine silver versions originally introduced in 1916. The other two, also dated 2016 and also to be composed of .9999 fine gold, are the Standing Liberty quarter dollar and the Walking Liberty half dollar.

Release dates for the Centennial gold quarter dollar and half dollar are not yet announced.

While mintage limits and household ordering limits still need to be determined, according to U.S. Mint spokesman Michael White, pricing for the gold Centennial coins will be in accordance with the U.S. Mint pricing schedule for gold coins. White said the products will be priced according to the range where they will appear on the U.S. Mint Gold Coin Pricing Grid.

The dime will be a tenth-ounce coin, the quarter dollar a quarter-ounce coin, and the half dollar a half-ounce coin, each composed of .9999 fine gold.

Coins will be sold via the United States Mint website, www.catalog.usmint.gov and toll-free number 800-872-6468.

The images illustrated above are from mock-ups provided by the U.S. Mint and not necessarily reflections of how the final coin will look.

All three Centennial gold coins are to be struck at the West Point Mint.

U.S. Mint officials previously disclosed sales projections for the three coins, each of which will bear its design's original face value. 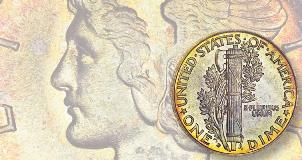 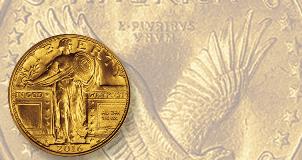 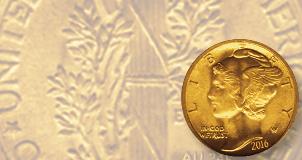