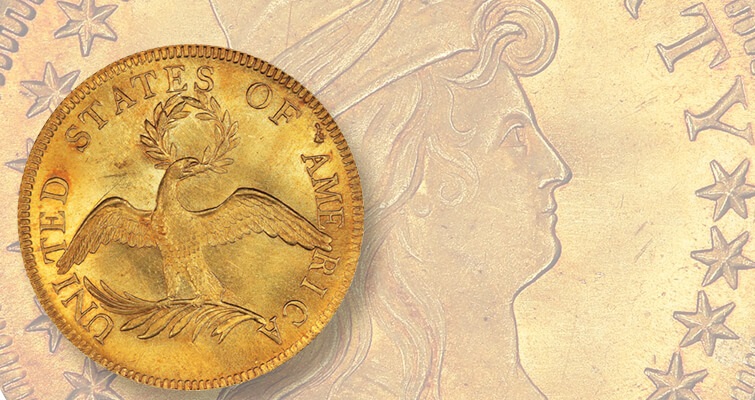 The Story:
The two 2015 auctions of the Pogue Collection realized more than $50 million, with three more sales scheduled for 2016. The first sale on May 19, 2015, attracted widespread media attention with the final lot in the sale, an 1808 Capped Draped Bust quarter eagle selling for $2.35 million, setting a record for any 19th century U.S. gold coin.

The Pogue II sale on Sept. 30, 2015, saw a 1795 Capped Bust, Small Eagle gold $10 eagle graded MS-66+ by Professional Coin Grading Service realize $2,585,000. On the 18th century stunner, Stack’s Bowers Galleries’ catalog established its importance in the opening sentence, writing, “The most glorious 1795 eagle known, this coin is the single finest survivor from the first year of the largest gold coin authorized by the Mint Act of 1792,” before calling it “the ultimate example of the type.”

Pogue II consisted of 105 lots that brought an average $248,769 per lot, and included four coins that passed the $1 million mark.