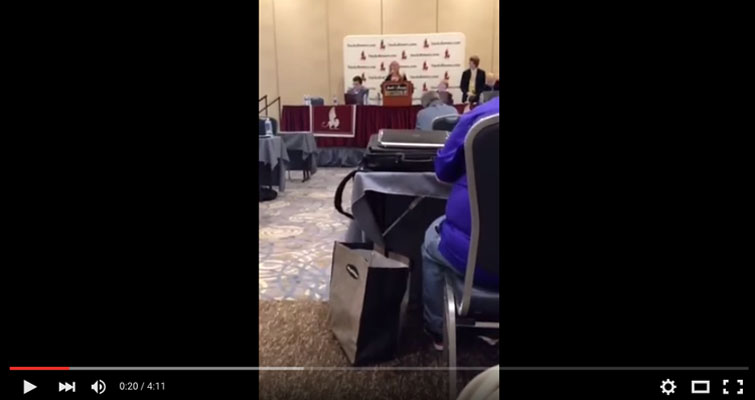 One of the more exciting things to do at a coin convention is have a seat at a major auction and listen to bidders have it out for a rare coin.

In the video below, an 1807/6 Draped Bust cent that had a starting bid of $150,000 at the Stack's Bowers Rarities Night auction on Thursday, Aug. 13, more than doubles during an extended bidding war.

Stay up to date on all the goings on this week at the American Numismatic Association World's Fair of Money by signing up for our free eNewsletters, liking us on Facebook, and following us on Twitter. We're also on Instagram!