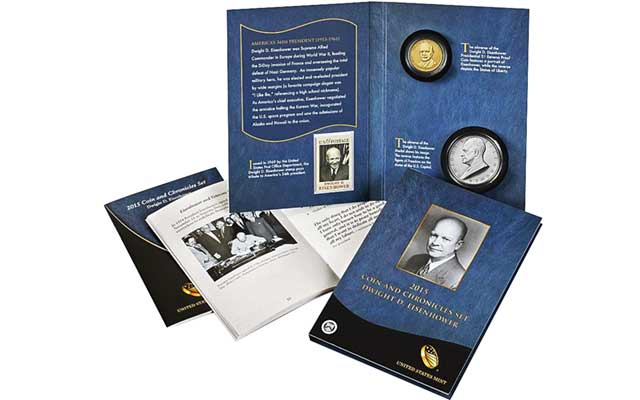 The following is a press release just issued by the United States Mint. Coin World will have more as the story develops:

The main United States Mint web page,www.usmint.gov, was down from 12:04 p.m. to 12:21 p.m. due to an issue with a computer application unrelated to the launch of the 2015 Coin & Chronicles Set - Dwight D. Eisenhower.  This application issue did not have an effect on any catalog pages, including the web page for the 2015 Coin & Chronicles Set - Dwight D. Eisenhower.  Customers were still able to order the 2015 Coin & Chronicles Set - Dwight D. Eisenhower, which became Unavailable at 12:16 p.m., meaning the U.S. Mint is currently out of this item, but more may be available later.  Any customer who may have normally entered the catalog site, which is any page that starts with catalog.usmint.gov, would not have experienced any issues.  Any customer who attempted to enter through www.usmint.gov from 12:04 p.m. to 12:21 p.m. would have encountered an error trying to get to the catalog site.  We apologize for any inconvenience this may have caused customers.