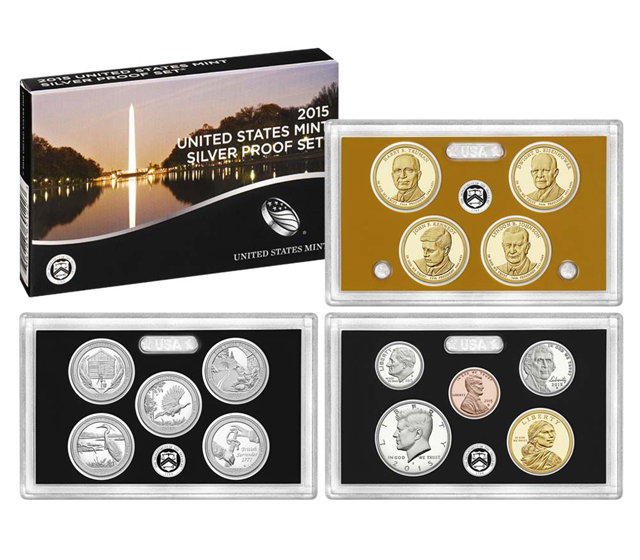 The U.S. Mint released its 14-coin 2015 Silver Proof set on Thursday. The set includes silver examples of the America the Beautiful quarter dollars, Roosevelt dime and Kennedy half dollar, as well as Proof examples of the Presidential and Native American $1 coins, the 5-cent coin and the cent in their normal compositions.

The $53 set is available online here.

2. Harriet Tubman has been selected by Women on 20s voters, so what's next?

The revered abolitionist and Underground Railroad pioneer activist was chosen by online voters to be the focus of the Women on 20s organization's push to replace Andrew Jackson on the $20 bill.

The next phase of the campaign is now underway.

Coin World's latest Market Analysis tells you all about a valuable Overton-129 half dollar.

The highly anticipated first auction is May 19 in New York City.

Here's all you need to know.

Kitco.com listed the following prices per ounce as of 9:45 a.m. ET Friday: