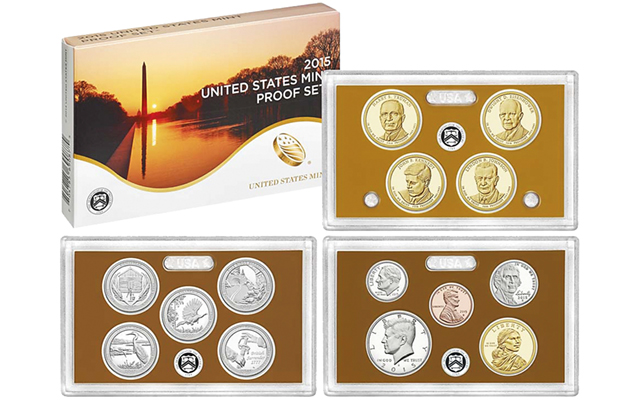 The following news release was issued March 17 by the United States Mint:

Priced at $32.95, this year’s set will include the following coins:

?? One Kennedy half dollar;

The coins are sealed in three protective lenses to accentuate and maintain their exceptional finish. In 2015, the front of the carton has an image of the Washington Monument at sunrise. The back of the carton has an image of each national park or site honored in 2015, its name, the state, and the year in which the park was established as a national site; a portrait of each President honored in 2015, his name, and the years served in office; and the partial coin images of the obverses of the remaining coins.

Orders will be accepted at http://catalog.usmint.gov/coins/proof-sets/ and at 1-800-USA-MINT (872-6468), while hearing- and speech-impaired customers with TTY equipment may order at 1-888-321-MINT. Please visit the United States Mint website for information on shipping options: catalog.usmint.gov/customerservice/shipping.html.